You are here: Home / Baking / COCONUT AND BLUEBERRY CAKE WITH LEMON DRIZZLE TOPPING 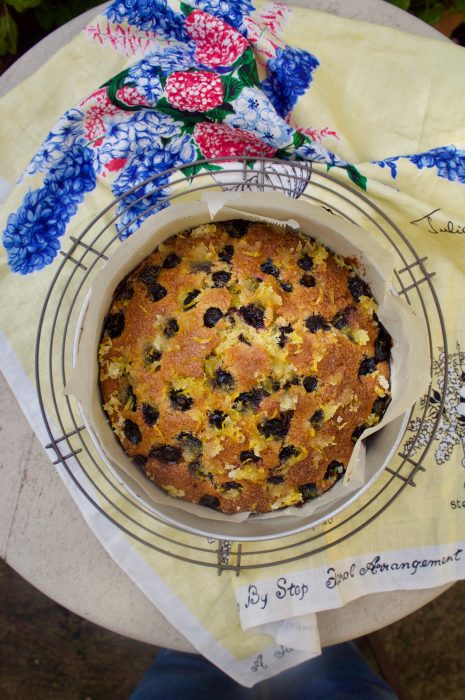 Hello everyone, it’s been such a long time since I put a post on I feel as though I’ve fallen off my bike and forgotten how to get back on again. It’s lovely to be back though and thanks to everyone who asked for the recipe for this blueberry and coconut cake. Your kind requests have brought me back, not quite kicking and screaming, to my long suffering blog which for one reason and another stops and starts like an old banger of a car.

I have literally made thousands of cakes over the years, selling many of them at my weekly stall at Wyken Hall Farmers Market, but my husband thought this was the best cake I have ever made, so that is certainly saying something. He doesn’t have a particularly sweet tooth so he’s not a great fan of cakes with huge amounts of buttercream or big fudgey chocolate affairs, although, thinking about it,  I have never seen him turn down a slice! 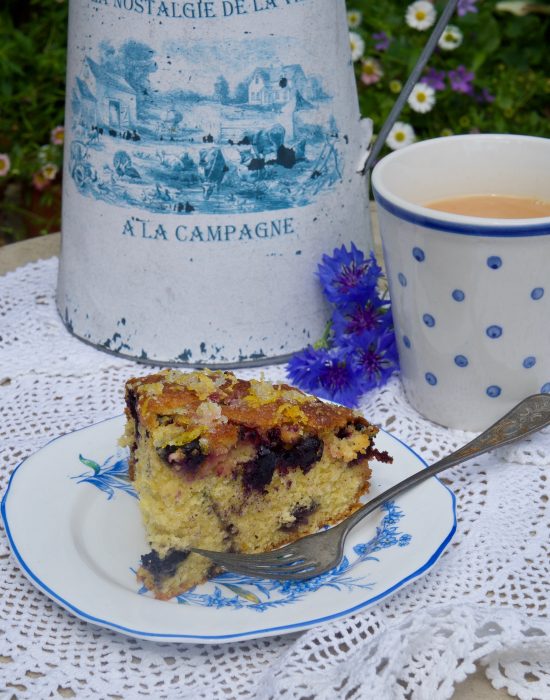 This cake came about because of a tub of lonely blueberries I had sitting in the fruit bowl. I put a handful on my breakfast yoghurt in the morning and although I ate them they were not the sweetest or most tasty of berries. As I couldn’t imagine anyone else finishing them up, they were destined for the chicken coop. Rather than give them to our hens I thought it would be a good idea to use them up in a cake, which killed two birds with one stone as the cake tin was looking noticeably unemployed. An empty cake tin at any time, let alone in the summer holidays is classed as a sin in this house, so after a reccy in the cupboards I came up with this.

Served warm with vanilla ice cream, it would also make a great dessert.

Hopefully you will like it as much as the Dickson household! 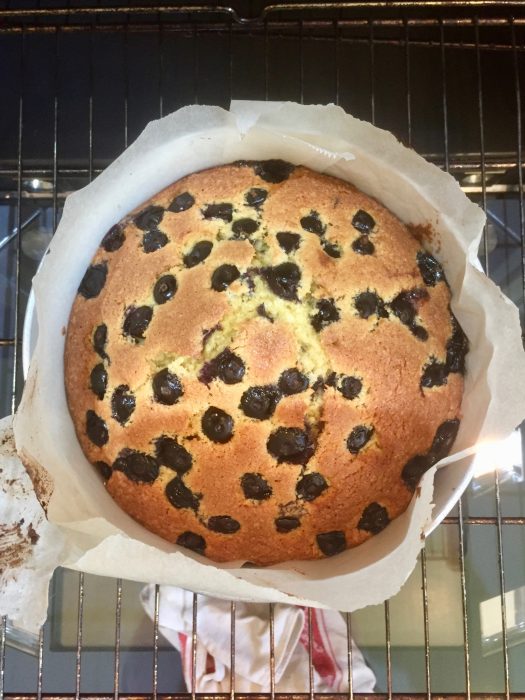