You are here: Home / Baking / SCONES 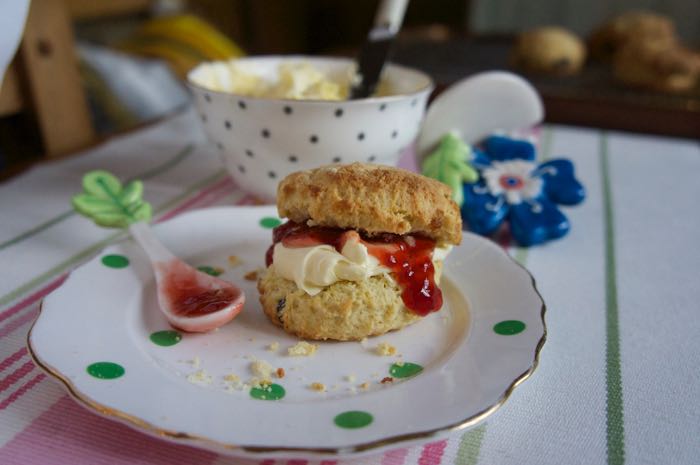 Whilst relaxing with a glass of sherry and taking in the delicious aromas of the Christmas Cake cooking in the oven, Michael must have been spurred on by the smell of baking to do some of his own.

Despite the grey drizzle outside reminding us that summer for this year has definitely been and gone, his fancy turned to scones. It must have been something to do with the pot of clotted cream he spied in the fridge. I had planned it’s grand finale as being centre stage on an autumn apple crumble, but if the man wants to cook, that’s fine by me. In our house scone rhymes with own, not scone that rhymes with gone. Although they are gone, every single one of them. 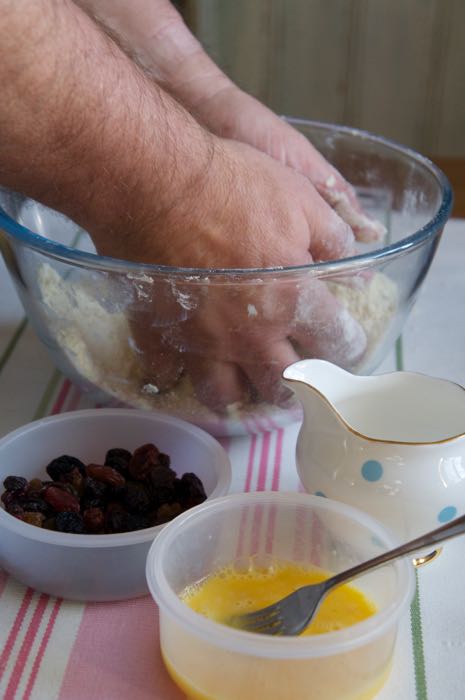 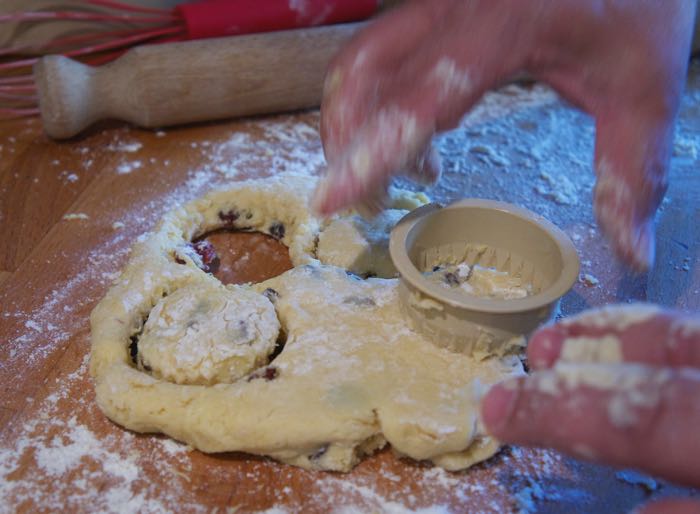 After professing that he had never made a scone in his life, and with fingers remarkably like a pound of the best porkers, I hope he won’t mind me confessing to feeling slightly apprehensive of the outcome. If that sounds mean, it’s only because I have had some scone flops in my life, for something so simple they can be very hard to perfect.

After looking in various cookery books, which all gave different recipes for this traditional treat, he settled on a Delia Smith recipe from her website. 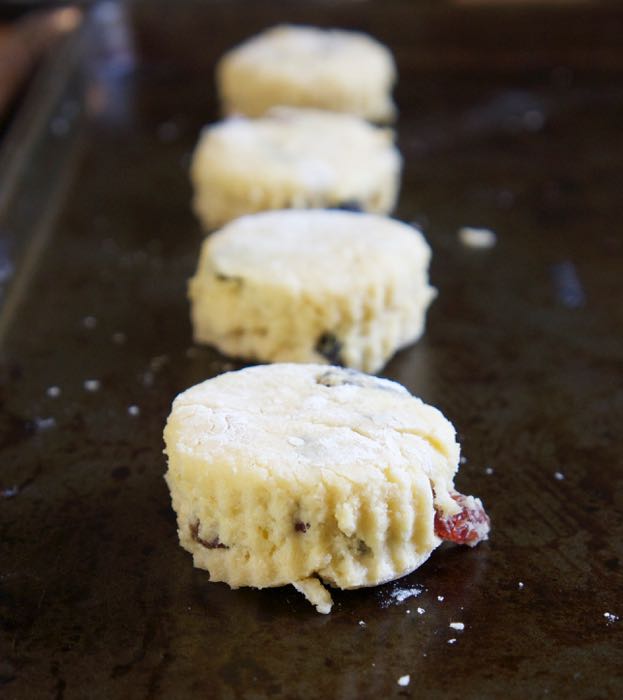 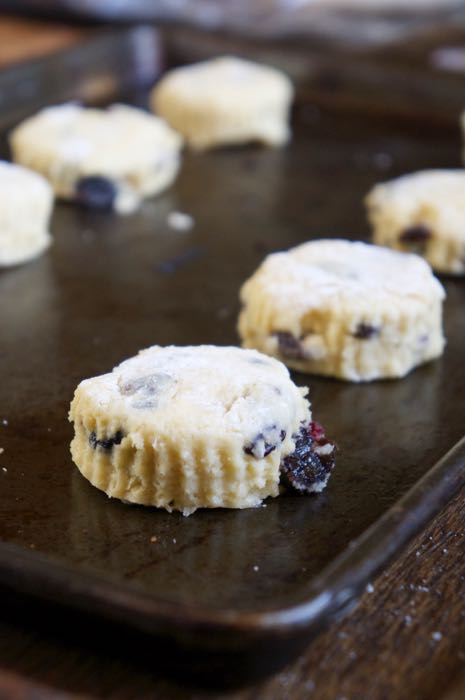 I absolutely love it when my husband cooks, but I do sometimes wonder if he’s been walking around the house for the last twelve years with his eyes firmly closed. In the middle of rubbing the butter into the flour, he’s asking for an egg. Then cries of “Where’s the caster sugar?” “Where’s the rolling pin?”, “Have we got a cutter?” and “Can you get me a baking sheet?” I sound ungracious, I’m not. It’s just infuriating. I think it’s a ploy so when he says he doesn’t know where the hoover is it sounds more plausible. 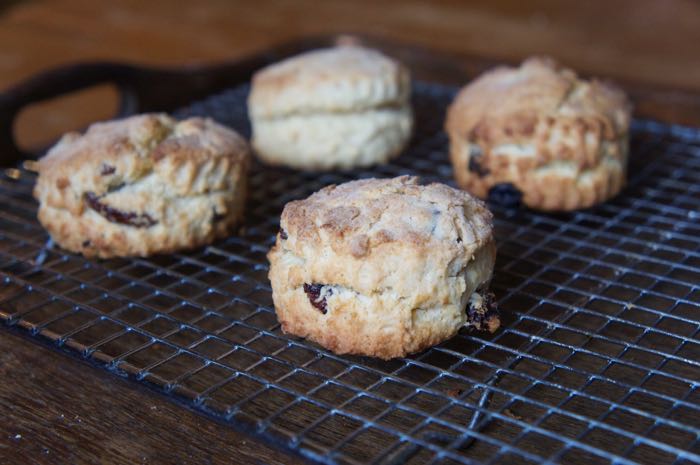 With the clotted cream out of the fridge and the tail end of this year’s strawberry jam at the ready we waited like excited children peeking through the oven door to watch the little gems turn to golden brown.

The flavour was delicious, texture light and fluffy and the crumbly outside perfectly cooked. Michael admits he read the recipe incorrectly and cut them slightly too thin but they were still scrummylicious. 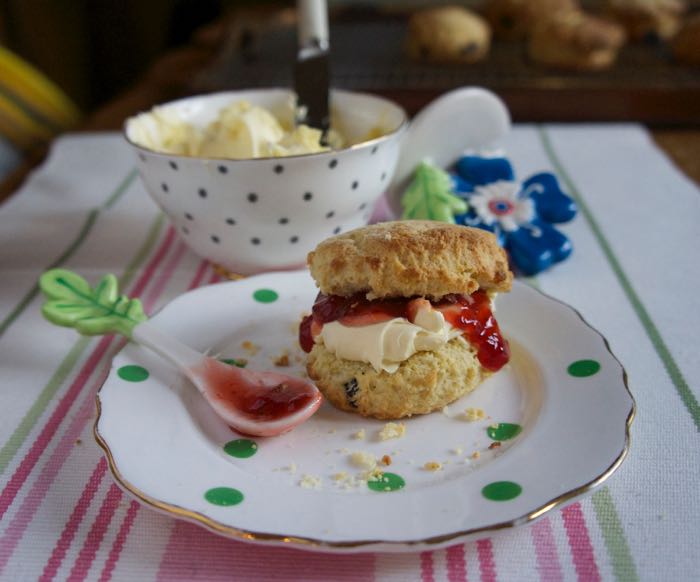 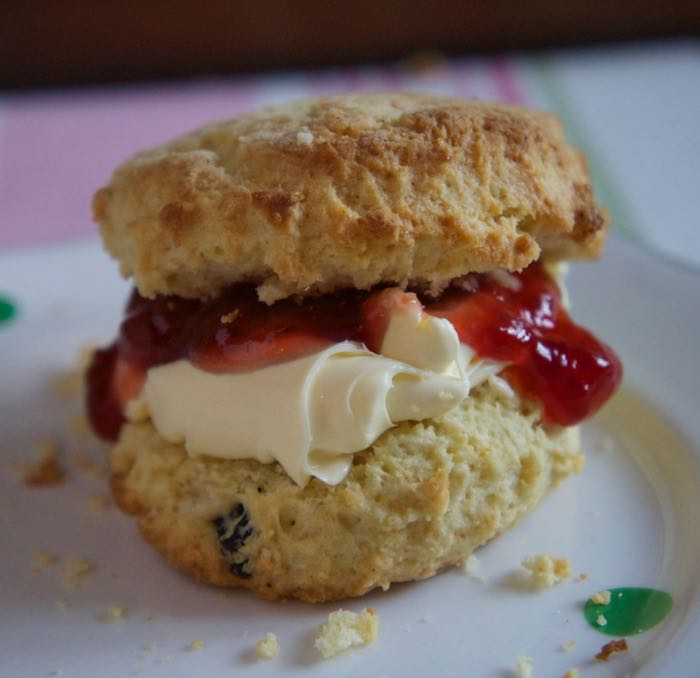 Not being able to wait longer than a couple of minutes, we sat down, silent, with the biggest smiles, stuffing our faces with warm, soft scones, thick yellow clotted cream and ruby red jam.