You are here: Home / Baking / COCONUT AND WHITE CHOCOLATE CAKE 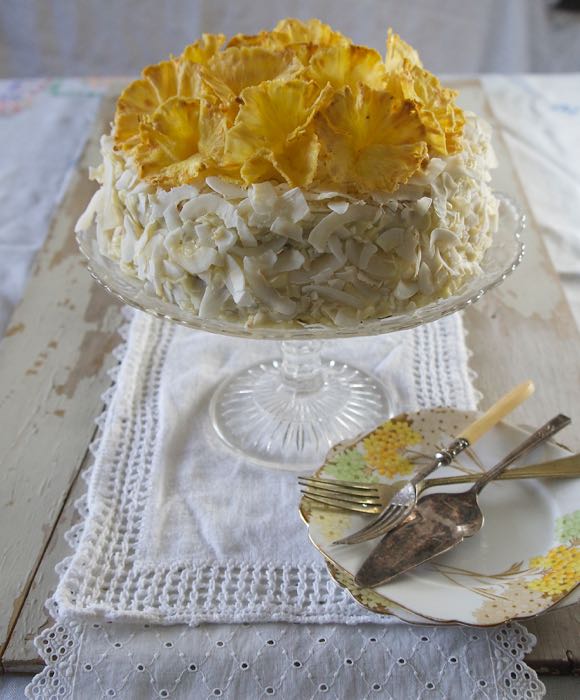 This is a brief run down of my Mother’s Day Weekend, warts and all, and believe me there were a lot of warts. Actually this doesn’t even include the big day itself, I think I was so past caring by then that I let the day wash over me with the help of a  few glasses of stress relieving red.

My parents were supposed to have arrived on Friday. They usually turn up just around lunchtime, my dad having driven up the motorway at absolutely no more than 60 miles an hour as is his want, which means his journey time is usually about the three hour mark. 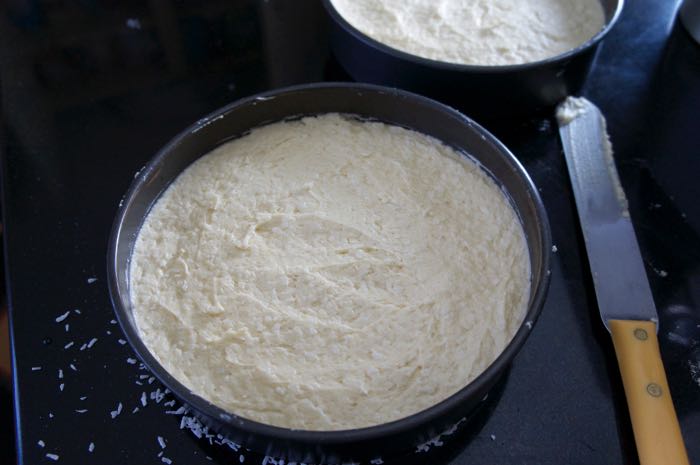 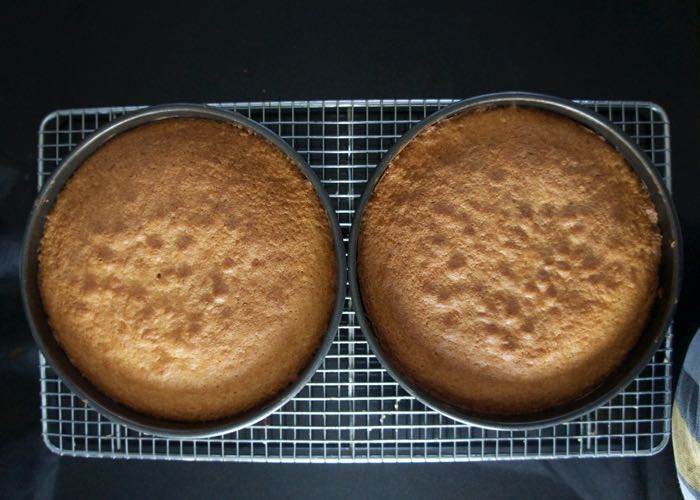 After spending Friday morning frantically cleaning and tidying (unfortunately the inner need to please my parents and gain their approval has never waned even at my ripe old age), midday arrived and no parents.

They had probably stopped for a coffee to break up the journey I thought, so after another couple of hours of more in-depth cleaning, I left a note and took the opportunity to pop into town to return some library books and to kill two birds with one stone, collect my son from school on the way home.

‘Are Nan and Grandad here yet?’ he asked excitedly as we got in the car. ‘Probably’ I answered honestly, thinking that they would be waiting at home when we got there.

I can hear you thinking ‘Why didn’t you just call them on the mobile?’ A perfectly reasonable thought in this day and age but after all past attempts to arm my father with a phone have failed miserably, I have eventually given up trying to equip him with even the most basic of mobiles.

He has had several over the years, given as well meaning presents and chosen because of their ease of use but he cannot see the need to turn it on unless he wants to use it to make a call. A minor irritation to say the least.  The charger gets hidden away never to surface again and, probably the main sticking point, he never carries it with him.  Forget leaving a voicemail, that would confuse matters totally as I have heard him trying to have conversations with answerphone messages and when he calls me on my home phone to find me out (the only person in the world who still uses my landline) he often tells me that he ‘left a message with a strange woman’. 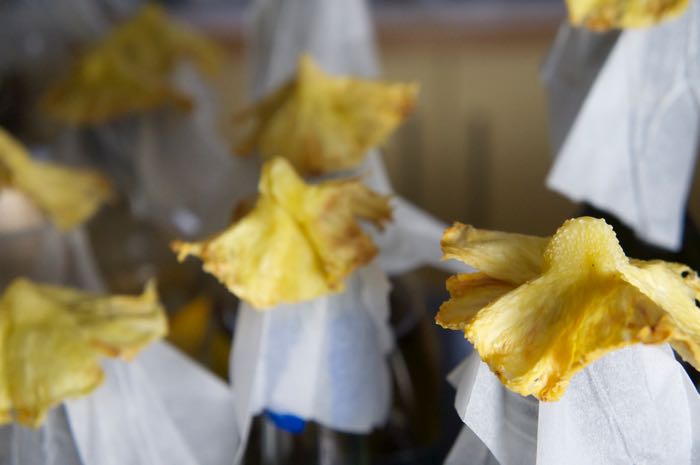 You have probably guessed by now that they weren’t at my house when we arrived back from school so I called them at their home and was surprised when my father answered the phone. The conversation went something like this.

‘Oh, hello Dad, I though you would have left by now.’

‘For here. I was expecting you at lunchtime.’

‘No, not Easter, but you said you were coming today to spend Mothers Day weekend with us.’

‘Oh, so I did. Sorry about that, I totally forgot. What day is it, Good Friday?’

And so on, until I lost the will. 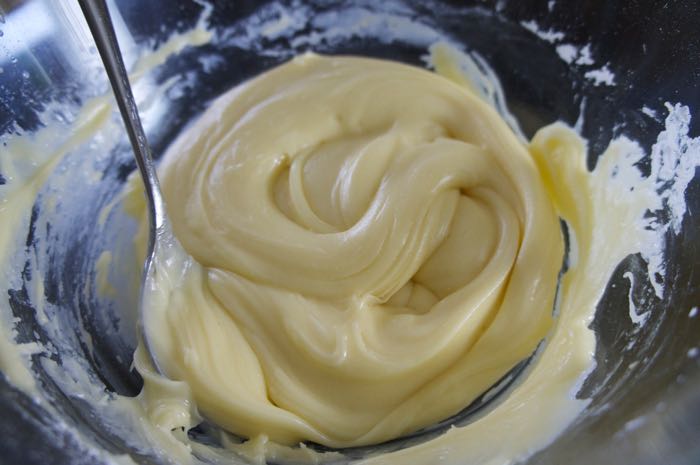 After convincing him that it would be better to leave the  journey until the next day, I felt rather relieved and slightly guilty that I could now spend my Friday night with a glass of wine and my feet up.  That would give me ample time to plan the day ahead as well as time to concoct a rational explanation to my father, a life-long cat hater, the reason why we now had a cat. And not just a cat, a house cat. Who sits on the furniture.

After some mental ping-pong I decided that I would spend Saturday morning making my mum a Mothers Day cake. With the house already ship-shape I would have ample time and could bake in peace, without having to attend to anyone else’s needs.

Then, just before he went to bed, my son offered up the priceless piece of information that his six week science project that I somehow managed to know nothing about was due to be handed in on Monday morning. Joy. This on top of normal homework, a word which has connotations of hard hats and fallout shelters in this house. 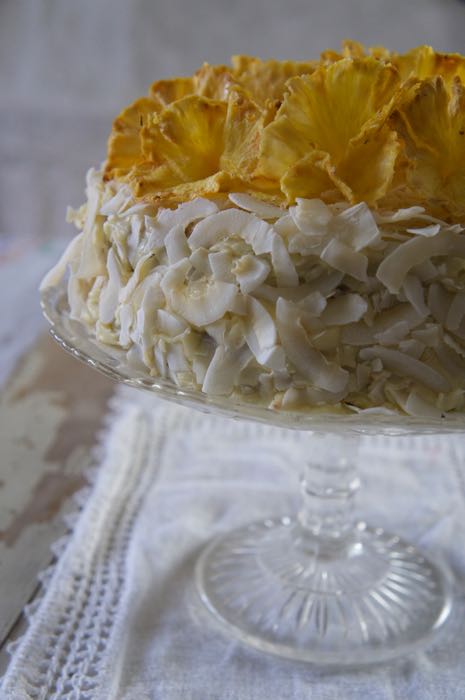 Still determined to have a pleasant weekend, despite the gathering storm clouds, I was up with the lark on Saturday. I made the stunning pineapple flowers before breakfast and then the cake, before acting as assistant for my son’s project which involved making butter in a jam jar. A jam jar that sprung a leaky lid and flew streaks of greasy cream all over me and the kitchen.

Thankfully, my son was just wrapping the butter and I had more or less finished clearing up when my parents arrived, hungry for lunch. Dad, as usual and infuriatingly, sans hearing aid and mum this time without her teeth. A perfect match.

The tragedy in all of this is my mum had absolutely no idea that Sunday was Mothering Sunday, she doesn’t even know I am her daughter and that she is my mother. She is registered partially sighted so the cake would have been a blur to her glaucoma glazed eyes. But she still smiled and laughed when she opened her cards and presents, still gave my son a huge hug for his gift of a pot of sunny tete-a-tetes and still ate the cake, despite the fact that she had no dentures, another story altogether. 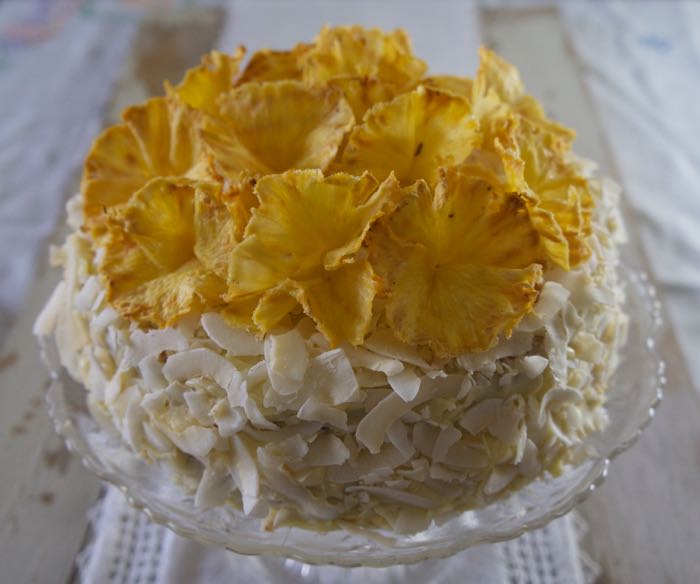 It’s quite surreal having a mum who doesn’t know she’s your mum. She may not remember but I certainly do. All the times she has stuck by me when others have faltered. Whatever decisions I have made in my life, good or bad, she has never said ‘I told you so’. She has never shown anything but a mother’s love, never waned in her affections and never reproached me for the mistakes I have made over the years. When supporting walls crumbled she was always there filling in the gaps to make them strong once more. She has wiped away rivers of tears and made me laugh again. So she deserves a cake, it’s the least I can do and when we hug, really tightly, and I can see tears welling up in her eyes, I get the feeling that somewhere deep down she remembers who I am.