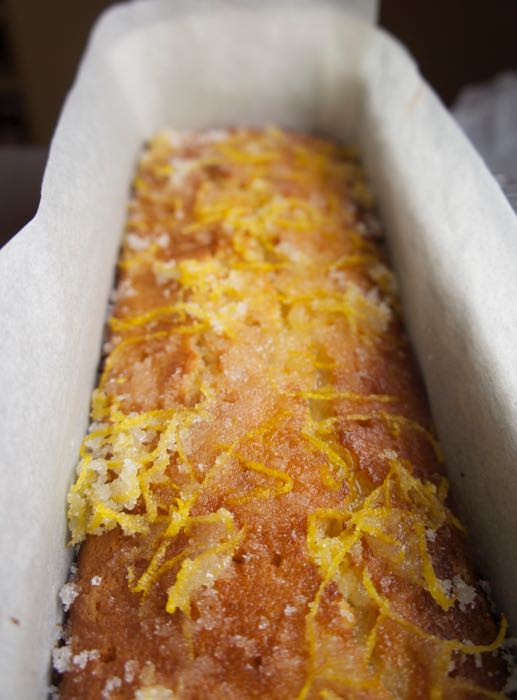 Where has the time has flown to? March is here and I still have not started my New Year’s Resolutions. I think they will have to wait until Easter which always seems a good time to plan new beginnings.

At the time of writing the sun is shining, a perfect time to have a break from the kitchen and head out into the garden catch up with a bit of cultivating in the vegetable patch. I’ve dug out the cloches for some early sowing, put in shallots, bought my seed potatoes and planned the planting for the year ahead. To see the little shoots coming out of my new raspberry canes bought a huge smile to my face as I bought them at the end of the season very cheaply and have been wondering if they were going to be duds, but thankfully they look absolutely fine. 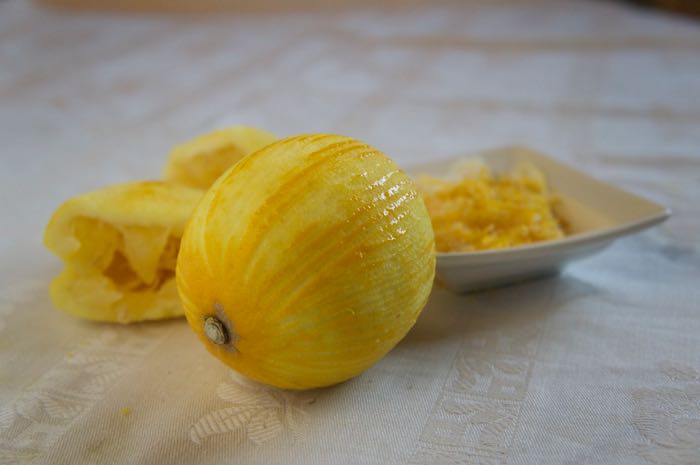 One fruit that I wish I could grow with abundance all year round is the lemon. On occasions I have been tempted to buy a small potted tree from a garden nursery but as they are not hardy in our climate, my little cottage would not be able to cope with yet another winter visitor, taken in for protection against the winter frosts.

My fruit bowl is never without a few of these beautifully versatile balls of goodness, they are used in my kitchen more than any other fruit in both sweet and savoury dishes, not to mention the odd gin and tonic.

When I was much younger and cared about such things as the colour of my hair, I used to rub lemon juice on my already naturally blond hair to lighten it the summer. With blond hair now turned to silvery grey, I suppose if I had the inclination I could use the juice to bleach my age spots but that would only leave me pondering the wrinkles and middle-age spread so now I view the lemon in purely culinary terms.

A strange fruit if ever there was one as it is not actually eaten on its own, the juice, oil and rind is used extensively in the food and cosmetic industries. The lemon trade is big business worldwide and if a spate of unseasonable cold weather hits one of the main producing countries far away in warmer climes, we in the UK will expect to see a hike in the price of a lemon. My very little local supermarket was selling lemons for 45p just before Pancake Day, a bit of a swizz methinks.

The sunny American states of California and Florida are amongst the main producers, although we here in the UK import ours mainly from Spain, Argentina and South Africa. Italy, the first country in Europe to cultivate the lemon and still a major producer has it’s native Femminello St. Theresa lemon, a seductively named fruit that goes into making limoncello, a lemon liqueur I use to favour sponge cakes and in my recipe for Limoncello and White Chocolate Syllabubs. 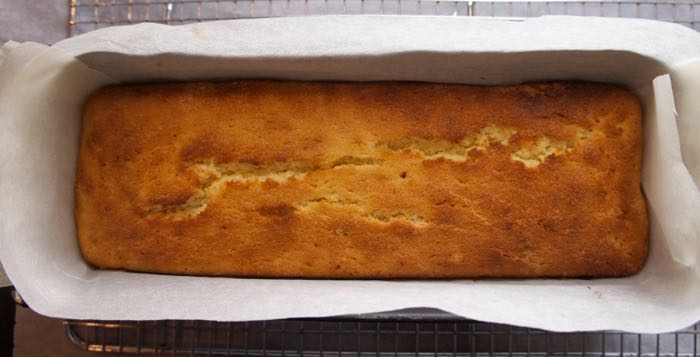 Brave was the soul who first looked at the lemon, hanging decoratively on the diminutive thorny tree, and wondered what the small, pitted oval  fruit with the wonderful aroma tasted like. It must have been a ‘Eureka’ moment when he or she first tasted the sour juice and it seems apt that “Eureka” is one of the main cultivars grown in the US today. Commercial lemon growing is a relatively recent operation in America, starting on a big scale in the 1800’s.

It arrived there in the middle of the 15th century, courtesy of Christopher Columbus who transported the seeds from Europe, where it was introduced and distributed throughout the Mediterranean in the 11th century by the Crusaders on their way home from Palestine. I thank them wholeheartedly for the little extra bounty they bothered to squash into their already bulging baggage allowance. 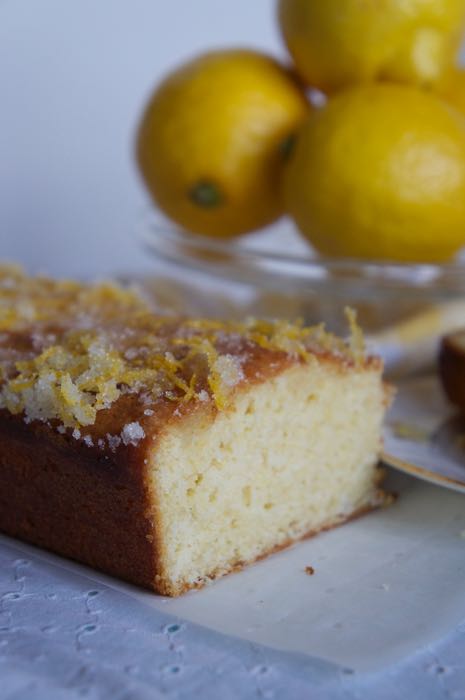 Not just used for sweet dishes, a squeeze of lemon on lamb will lift the flavour to a different level.  Always partnered with roast chicken in my house, squeezed over the skin with a little olive oil and plenty of seasoning will give you deliciously crispy skin full of flavour. Tucking a lemon into the cavity before roasting will help keep the chicken moist and juicy.

I use preserved lemons for stews and tagines, lemon juice for pick-me-up teas in the winter and lemonade in the summer. This humble little citrus fruit goes into salad dressings, chutneys and of course lemon curd. Then you have the whole host of other little jobs it does around the house, everything from getting rid of smells in the fridge, stain remover and pot cleaner.

And of course where would we be in the cake world without the lemon? Pancakes, lemon tarts, puddings and probably the most well known lemon cake of all, the lemon drizzle.

This delicious version is generous with the drizzle and everyone’s favourite, young and old alike.  It was the cake I always used to sell out of most quickly when I had my stall at Wyken Farmer’s Market at the beautiful Wyken Vineyards in Suffolk. Just the thing with a cup of tea after a couple of hours hard graft in the garden.

A quick tip. If your lemon is a bit hard and looks like it’s going to be mean with its juice, rub and squeeze it in your hands before you cut it, it will offer up a bit more liquid for you.