You are here: Home / Beef / TRADITIONAL ROAST RIB OF BEEF 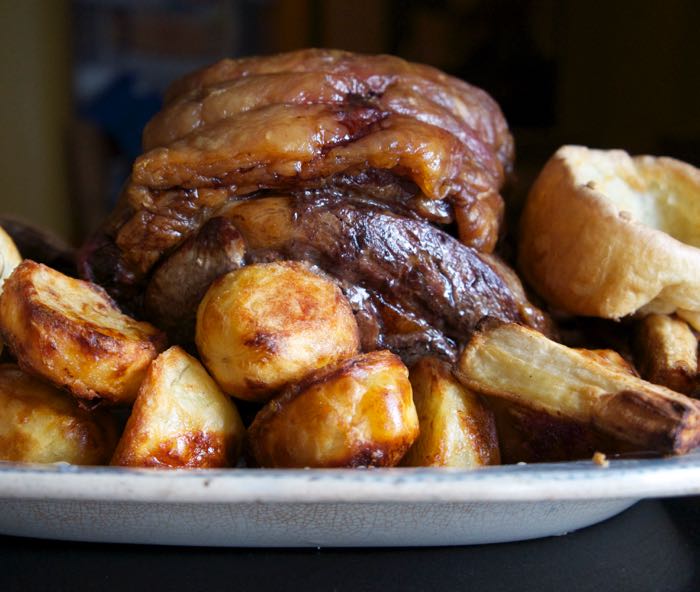 My faith in the world and the Dickson household was redeemed on New Year’s Day by the most delicious rib of beef. Cooked to perfection, if you like your beef to have a bit of colour in the middle, tender and so tasty my mouth is watering now at the very thought.

A two rib joint, the smallest I have ever cooked, was still a bit greedy for just the three of us, but if something was going to pull us out of our Christmas unrest with a pop, it had to tick a few boxes.

1. I really didn’t want to be cooking all day so it had to be relatively quick and fuss free.

2. Something that we hadn’t eaten for a while and could be considered a bit of a treat, we were celebrating the start of the New Year after all.

3. Obviously something we all liked. 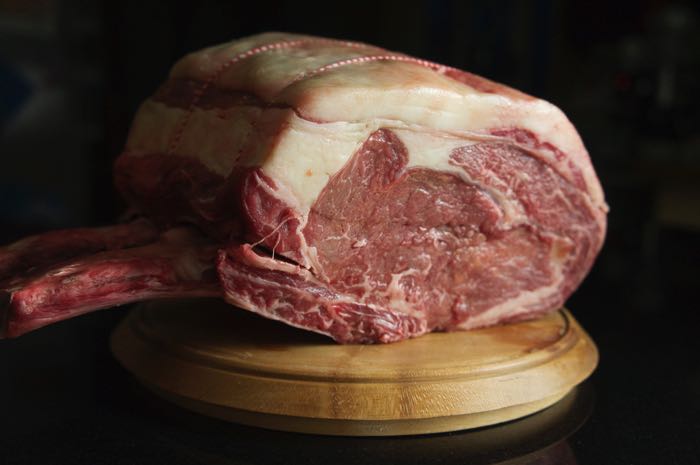 After taking it out of the fridge in good time to bring it up to room temperature I cooked it very plainly. No frills of mustard rubs or added garlic, just blasted on a high heat for 30 mins then turned down to a lower temperature for exactly one hour and let it rest for 20 minutes, a most important part of the cooking equation.

Served as a traditional roast dinner with roast potatoes and parsnips cooked in goose fat and my husband’s big puffy Yorkshire puddings, it was one of those meals that I didn’t want to get full up eating,  the amazing flavour of the beef needed to be tasted over and over again.

By the time I had eaten an indecent dessert of warm brownies with homemade raspberries and cream ice-cream, (courtesy of Michael’s new ice-cream maker), fresh raspberries and a quickly made milk chocolate ganache, my already expanding Christmas belly was full to bursting, but like a greedy child I continued stuffing my face with Turkish Delight and Chocolate Brazils until bedtime. Eventually, very un-Lindsey like,  I actually fell asleep on the sofa, waking up to a quiet and empty room apart from the two large Christmas teddy bears at my feet, looking at me indignantly as though I was sleeping in their bed.

I awoke this morning, disgracefully late, Michael already long gone to work, the garden birds waiting impatiently for their morning seeds and his nibs waiting for his breakfast. Coming downstairs feeling very refreshed, although still rather uncomfortably full, I decided that today was going to be healthy, alcohol free, exercise heavy and altogether more crispbread than couch potato.

Unfortunately, whilst tidying the kitchen, the two brownies left on their own in the tin looked very appetising and after clearing away the empties I noticed a little drop of Pedro Ximinez sherry left in the bottle that really wasn’t worth keeping and it is exceptionally good with brownies. Another temptation out of the way.

I now just have half a Christmas cake, some mince pies in the freezer, and a few boxes of chocolates lurking in the cupboards to finish. My increasingly sloth like behaviour (that’s probably not fair on the sloth), has left me with enough energy to wander not much further than the distance between the fridge and the sofa, with bouts of lounging around doing nothing more than contemplating the year ahead.  Starting to feeling a little guilty, I thought my fingers at least could get some exercise so I turned my attention to the internet, scouring all possible resources for holiday inspiration. 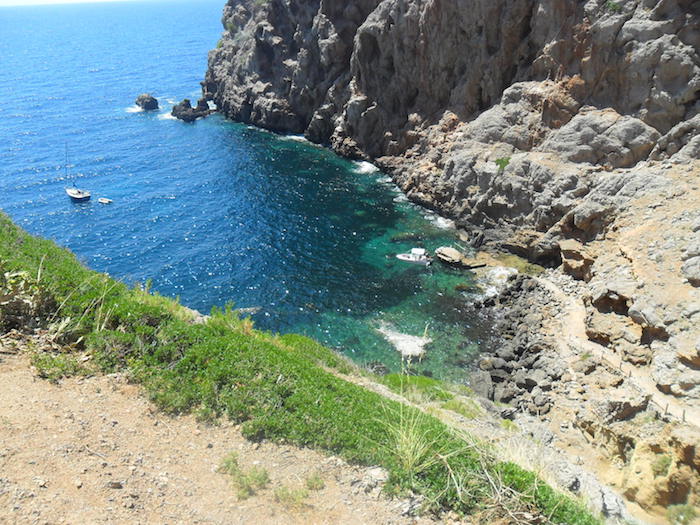 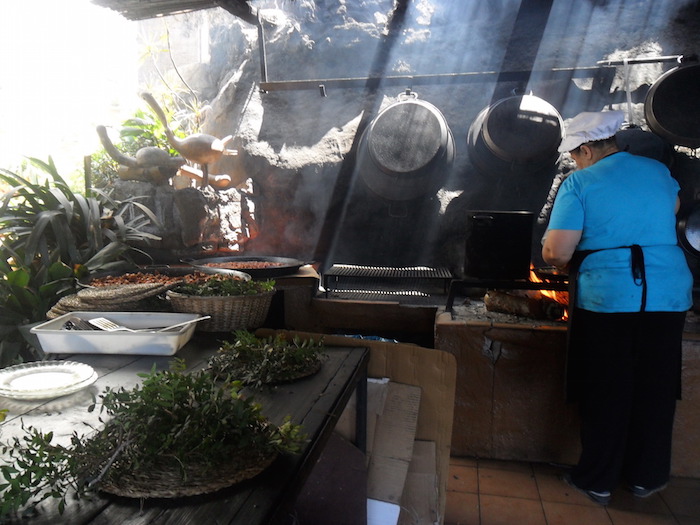 Last year we holidayed abroad for the first time in fifteen years. As a honeymoon treat we ventured to Deia, a small seaside town nestling on a mound on the west of Mallorca chosen because of the lack of exciting night life and the presence of so many restaurants with excellent reviews. We were not disappointed, it was a wonderful place and everything we could have wished for. Luckily our son shares our predilection for all types of sea food and the highlight of the holiday was the charter of a yacht to take us to the remote mountainside restaurant Sa Forarada. A rustic, open air restaurant with no gas, the paella and excellent seafood was cooked over wood-fired open grills, the aromas and the food were heavenly. (Picture above). The boat moored in the cove was our rush hour taxi.

It was one of those days that consisted of a seamless series of perfect moments that fitted together like a new jigsaw puzzle. Everything perfectly pieced together to make a picture of complete happiness and contentment. A rarity in life and one to be treasured.

So wherever we go this year has a lot to live up to and it is proving a little difficult to find somewhere that will hit the mark. Currently France is the leading contender which has pleased Michael as he is yearning for an excuse to brush up on his French. He is one of those annoying people that can pick up any language at the drop of a hat. I sometimes wonder if it is because he has a very musical ear that he can mimic all accents perfectly, making him not only a natural at languages but an excellent teller of jokes, unlike myself whose best efforts at any accent or foreign language sound about as convincing as Dick van Dyke’s cockney chimney sweep.

I have never mastered any foreign tongue, having extremely rusty schoolgirl ‘O’ level French, practised sometimes with Michael in gloomy nights by the fire, where we read to each other from French text books (our house is a veritable hot bed of excitement sometimes). Several audio Spanish courses nestle amongst the CD shelves,  Italian was dabbled with many moons ago and once I dragged myself off to evening classes to learn German, from which series of excruciatingly painful winter evenings I can remember ‘ Sie haben ein Streichholz?’ which considering I do not smoke is a little less than useful.

So while Michael is busy practising, I shall carry on drooling over the food and restaurants of the Midi-Pyrenees, although it needs to be good to match our fabulous English Rôti de Boeuf.