You are here: Home / Baking / THE EASIEST, QUICKEST CHOCOLATE CAKE EVER 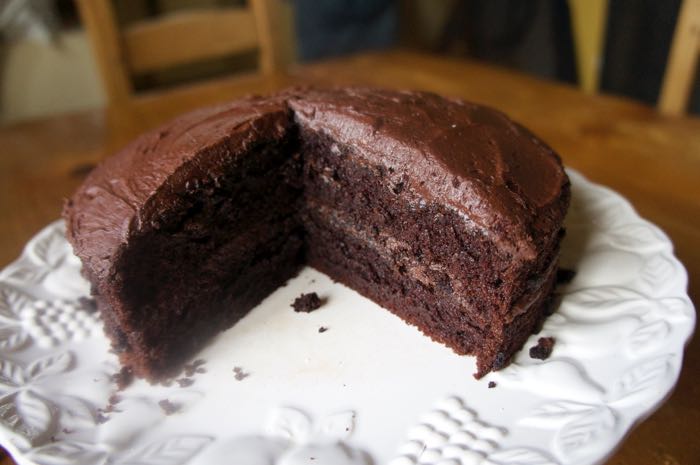 I don’t know who Diana Rattray is (that’s actually not quite true because I have just found her on Twitter and she looks like a very nice lady), I have never her met her and am unlikely to because she lives in America. She apparently writes about and is somewhat of an expert on Southern food, something we over here would probably associate with Creole and Cajun cooking, especially jambalaya, crawfish pie and filé gumbo, well known for being eaten with big fun on the bayou. 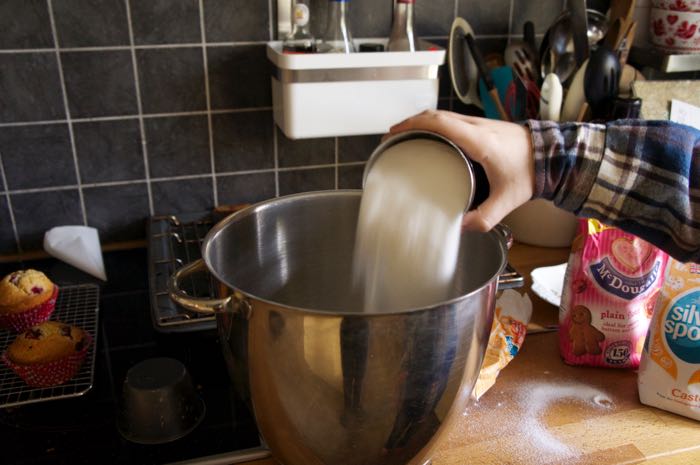 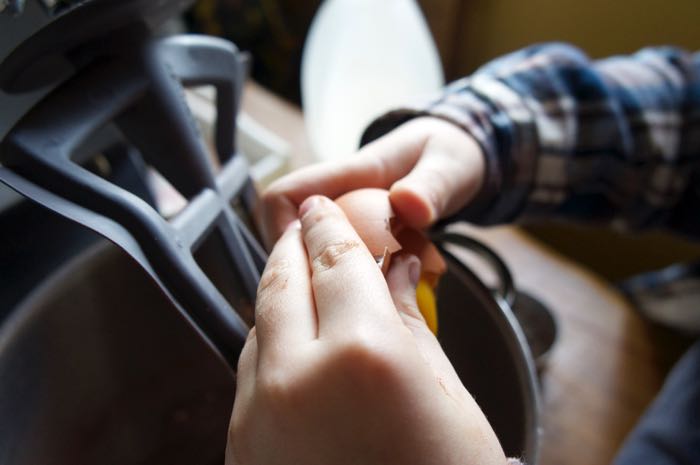 I have just looked up the lyrics to this well known Carpenters song and am a bit embarrassed to find that for years I have been singing merrily along to the words Billy Gumbo, never knowing what filé gumbo was until about ten minutes ago. I’m very pleased I now know what it is and it looks a fabulous  big bold dish, a cross between a stew and maybe a bouillabaisse, full of southern spices and seasonings containing a mixture of prawns, chicken, ham and sausage.

It would appear to be one of those recipes, like many traditional dishes from around the world, that differ from family to family, each recipe tweaked to perfection by someone’s grandmother and proudly handed down through the generations. The filé part is a powder made from ground sassafras leaves which from a very quick Google search seems a bit difficult to buy over here but I shall have a more thorough look later. If anyone does know where to get it from in England please let me know as I would love to try to make it, looks perfect for a big gathering in the summer. 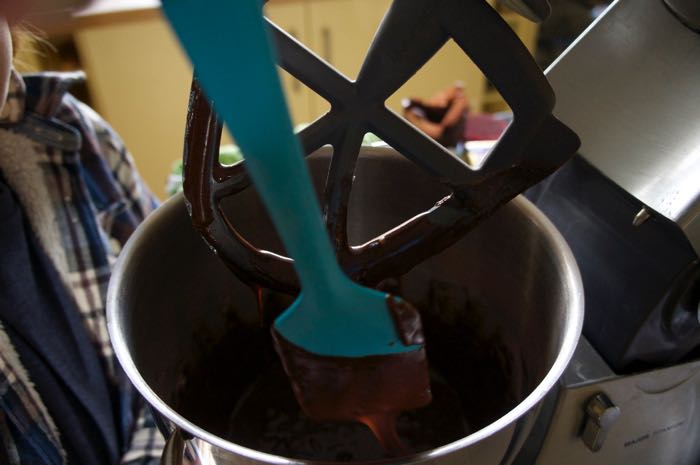 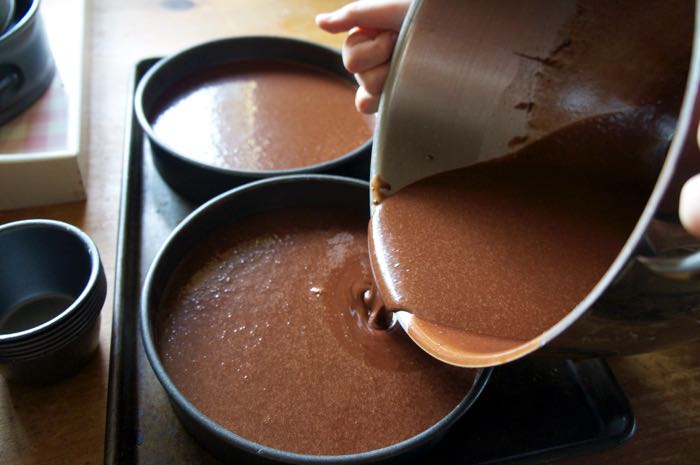 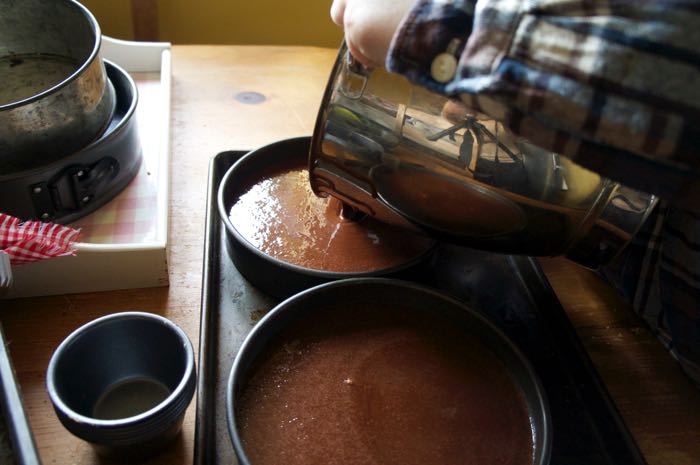 Anyway back to Diane. A few years ago I found this recipe on About.com and it has been a life saver on many occasions. Listed as Five Minute Chocolate cake, it really does take that amount of time to make and so when my nine year old interrupted my marathon baking session on Saturday and asked if he could make a cake, I pointed him in this recipe’s direction. I had all the ingredients, it was quick and I knew it would give him the confidence to want to bake again, the result is always a moist, big cake, perfect for a chocolate cake fiend.  It is perfect for a childrens’ birthday cake, the recipe can be used for cup cakes as well (the mixture makes 24) which I have made on numerous occasions., usually topped with a sweetened cream cheese topping.

It is one of those chocolate cakes that it is impossible for children to eat without making a mess, something that I actually like, there’s something really appealing about a chocolate smeared little happy face, grinning from ear to ear with chocolate happiness. But that’s my opinion, if you are bothered about sticky fingers or mucky faces and chocolate stained clothing turns you into a harridan then this cake isn’t for you. 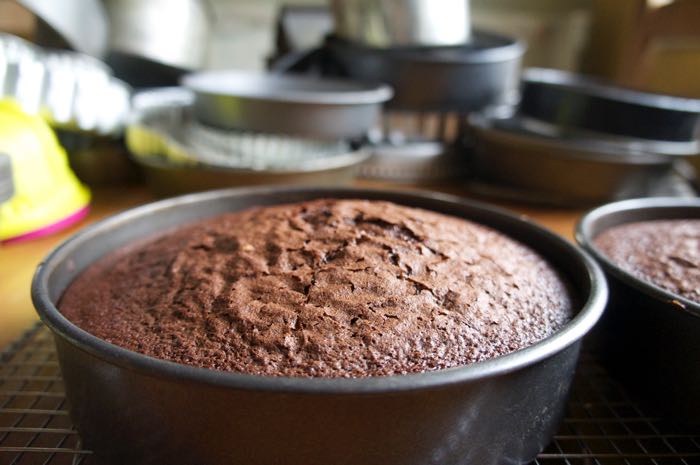 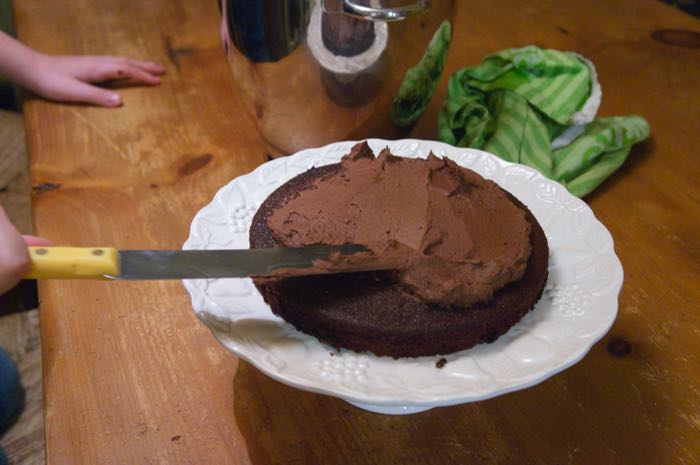 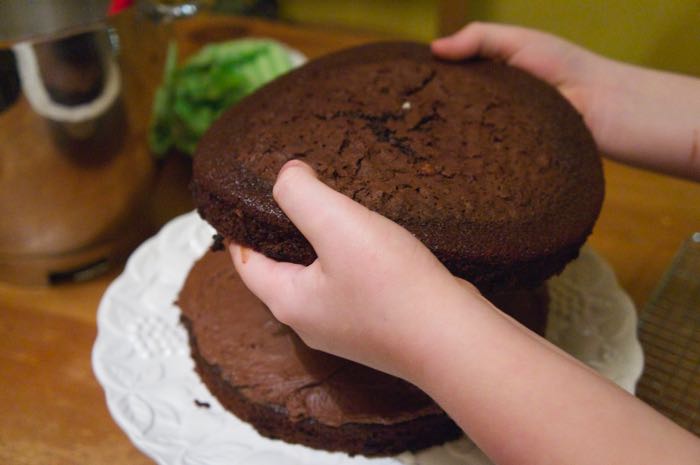 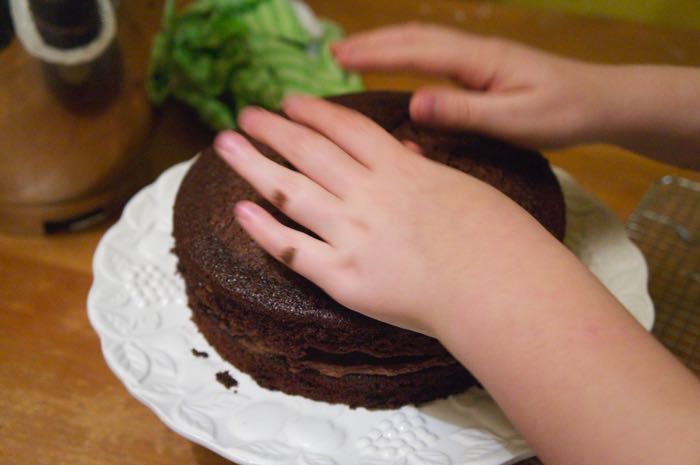 Apologies in advance for a) the rather messy kitchen  b) some of the photos are a bit ropey as they were taken in a rush, trying to curb the enthusiasm of a nine year old on a baking mission is a bit difficult and c) I can’t give the recipe of the icing, only that it used 125g of butter. My son then tipped in the icing sugar and cocoa out of the packets so I haven’t got a clue how much he put in. All I can tell you it is a mixture of butter, sugar and cocoa powder. I always use Green & Black’s, it is more expensive but is totally unsweetened and gives a rich chocolate flavour.

I can say hand on heart, the only thing I did was add the boiling water which is obviously a job for a grown up and got it in and out of the oven. And wash up. He’s not perfect.

So, thank you Diana for this wonderful recipe, it must be nice to know your cake is being eaten all over the world.