You are here: Home / Uncategorized / COOKING AT SCHOOL – SOWING A SEED FOR THE FUTURE 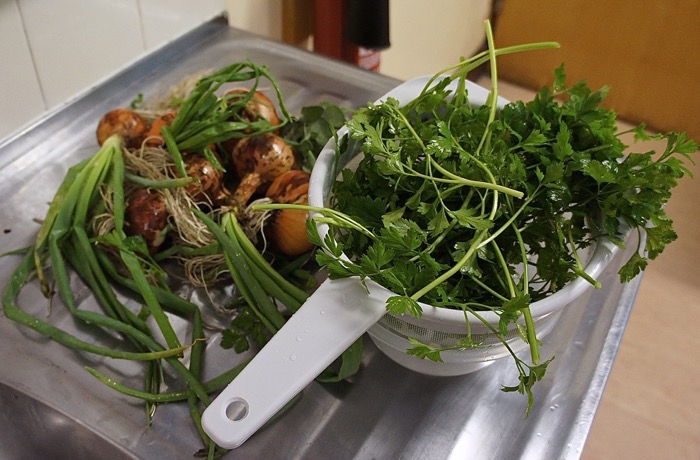 This to me is what it is all about. Children cooking, learning about food, how to cook, how to use and respect a knife and have that incredible feeling of eating something they have made with their own fair hands. Not out of a factory, a packet or a microwave but made from scratch. From peeling a potato to rolling out a piece of pastry, the act of making food is something some children rarely experience at home. It was an absolute delight to share my afternoon making pies with a group of excited nine and ten year olds from my local primary school. Watching their faces light up when they picked up their pies at the end of a frantic afternoon of chopping, rolling, frying and baking would have made even Gordon Ramsey smile. 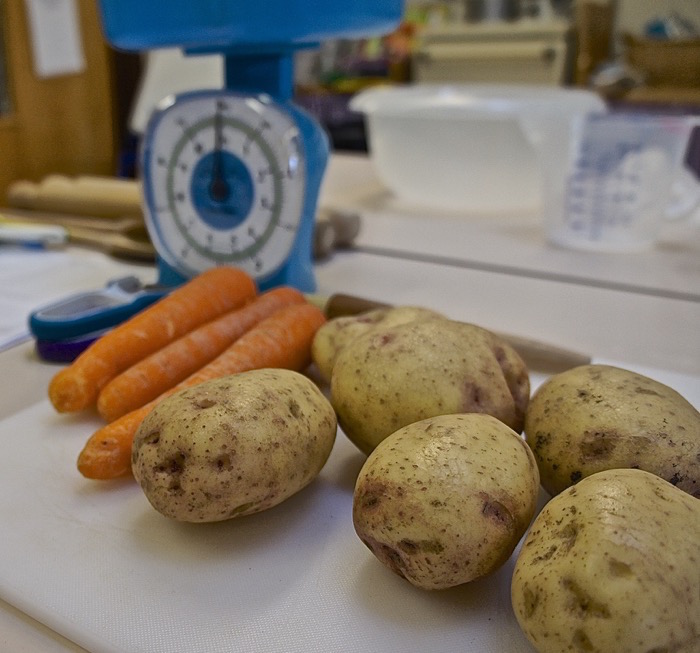 It was Africa Week at my local Primary School and I was privileged to be asked to go in and help with the cooking of 72 Nigerian Meat Pies. The mind boggled.

The school was short staffed because of an annual trip by Year 6, so a few mums were called in to assist. I volunteered to make the pastry, one teaching assistant very kindly brought in homemade chilli sauce together with onions and parsley from her allotment and the rest brought in much needed stamina, kindness and a sense of humour.

Three half hour sessions, three groups of four or five children in each session, two pies each child and two really slow, old ovens. ‘Pushing it’ is the expression that came to mind. 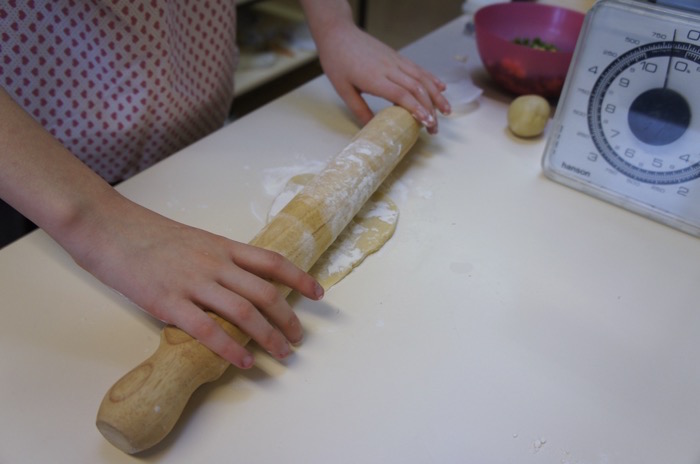 It was music to the ears to hear some children chatter about what they cook at home, some saying they like cooking at Christmas, many little girls eager to tell me about their favourite cupcakes or biscuits they bake with their mums. One little boy said he liked making a Victoria Sandwich and lasagne (what a good catch he will be in years to come). Some obviously struggled with chopping an onion or an awkward carrot but most were willing to give it a go, enthusiastically joining in with all the different stages of making the pies.

The afternoon was run with military precision and at 3.30pm all 72 pies had been cooked, some just straight out of the oven went home hot. 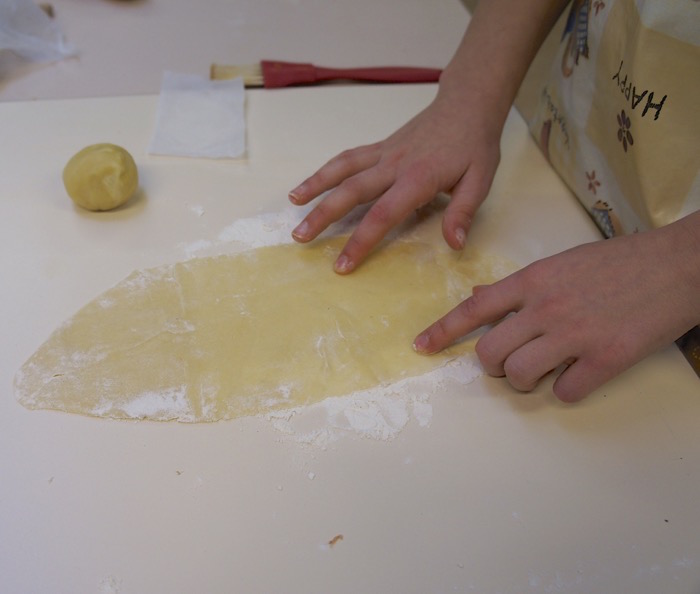 On the way to school in the morning my son had been very excited about the coming afternoon’s cooking and promised one pie for me and one for his Dad when he bought them home from school. As his pies were on the last tray to come out of the oven they were piping hot when they were gently slid onto a little paper plate with his name on. Precariously perched on his lap on the way home in the car, loosely covered by a piece of clingfilm, the smell of the slightly spicy pies made me feel hungry and I was really looking forward to tasting my promised pie. The few crumbs I had managed to surreptitiously pinch from a one that had suffered a mishap were surprisingly good.

Upon reaching home and parking the car, I looked at my son, who I thought had gone a little bit quiet, to find a him sitting with an empty plate, save a scrunched up piece of cling film. I don’t know if there were more crumbs on him or the car seat. The pies had gone, not a whiff left for me or Michael. 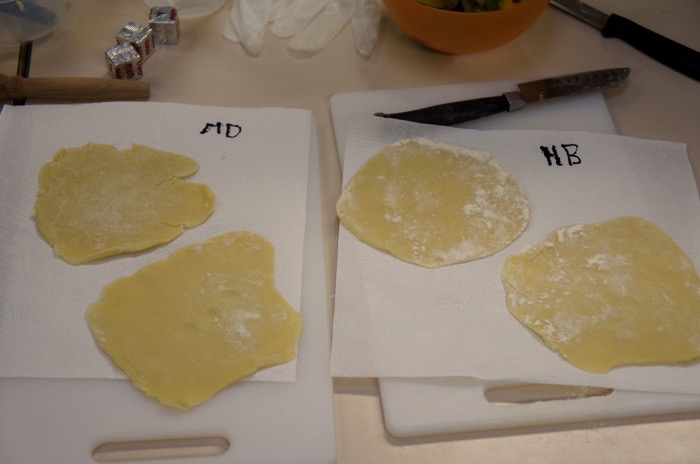 I refrained from saying the first thought that entered my head which was something along the lines of a very childish “You greedy pig, where’s mine?”

His little face was so happy as he sheepishly tried to brush the crumbs off the seat. “They were delicious” he said, beaming. I hope the other 35 children thought they were delicious too and hope a love of cooking and eating will grow up with at least some of them, as it did with me.

My mother’s good home cooking, together with Home Economics lessons at senior school, helped me embark on my love affair with food. The school lessons, which took part in a large fully equipped purpose built kitchen, each pupil with their own cooking area and oven, helped the children get the basics under their belts before they ventured into the big wide world. Everything from boiling an egg and frying an omelette, to making puff pastry and a meatloaf were taught with pride and a seriousness for the subject that for some unknown reason became redundant. 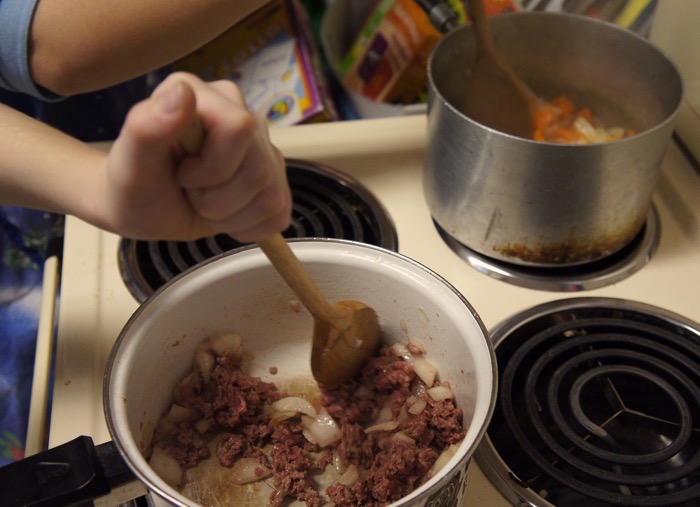 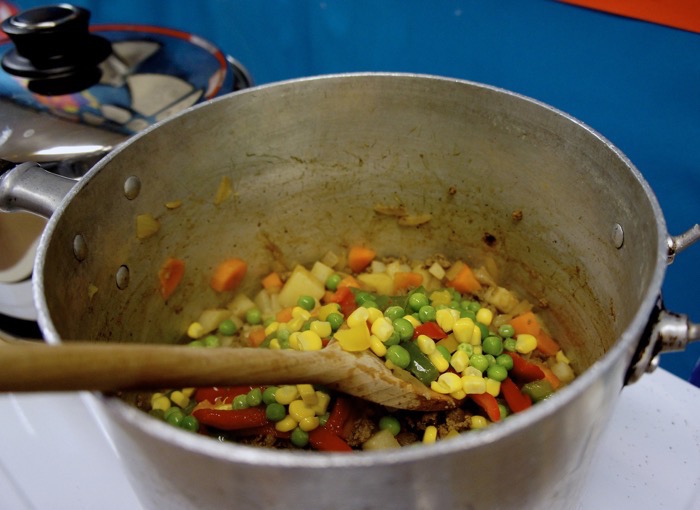 As well as learning to cook we acquired a knowledge of the vast glossary of cookery terms used,  invaluable when following a recipe. We learnt what a white sauce was, what a court bouillon was used for and how to prepare fresh fish. All this stood me in very good stead for when I left home to make my own way in life. But perhaps more importantly, a whole generation learnt how to prepare a nutritious meal, how to plan a menu and feed a future family, healthily and to a budget. 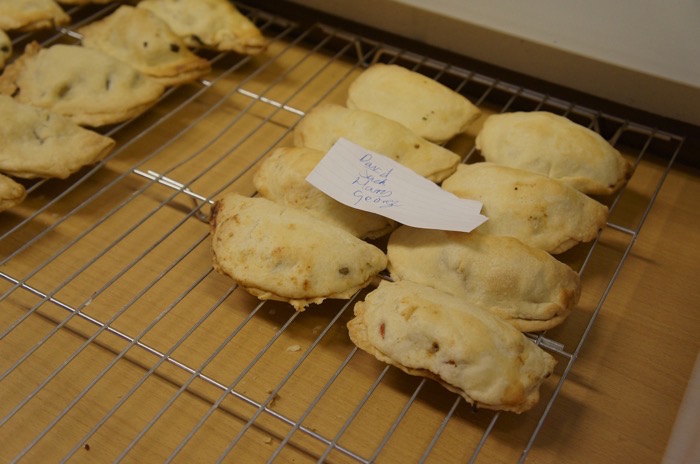 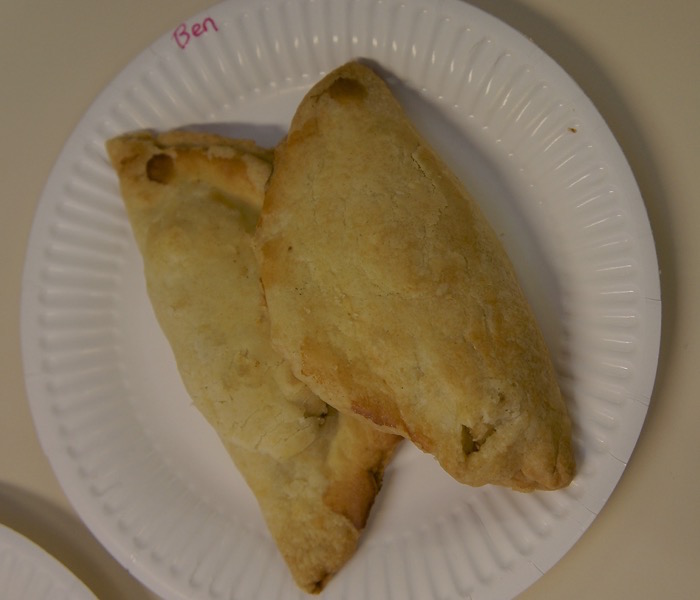 I am doubtless one of the thousands of people who are delighted that cooking lessons are now compulsory for children up to Year 9, although I must admit I am still at odds with the decision to keep food and cooking under the Design and Technology umbrella, where it has been since 1989.

The new curriculum started in September this year. It will no doubt have its teething problems, not helped by the lack of support received by schools either from Government or the local authorities in implementing the new curriculum.

Years will have to pass until any benefits can be measured but there is certainly reason to hope that future generations will have a more healthy and meaningful relationship with their food than those who have had no cooking lessons in the past.  Judging by the surge in the interest in food and cooking, not just by people I know personally but by the vast quantity of young people blogging and talking about food on social media, the future of food looks bright. I shall keep my ladies fingers crossed.

Thank you to all the boys and girls who made my afternoon so much fun. They worked very hard and their pies looked fabulous, maybe I’ll get to taste one next time. 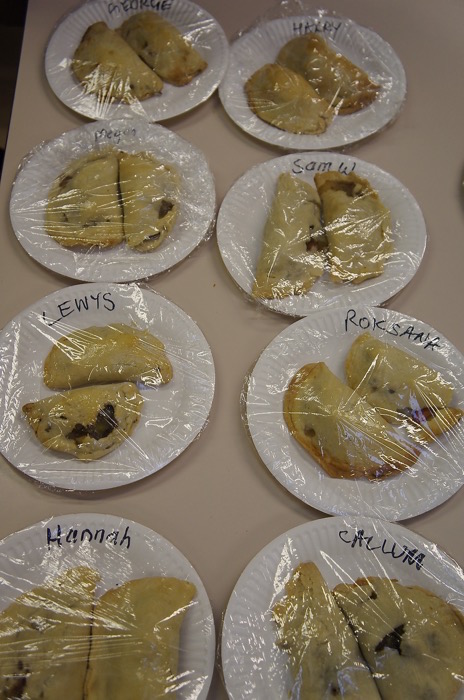