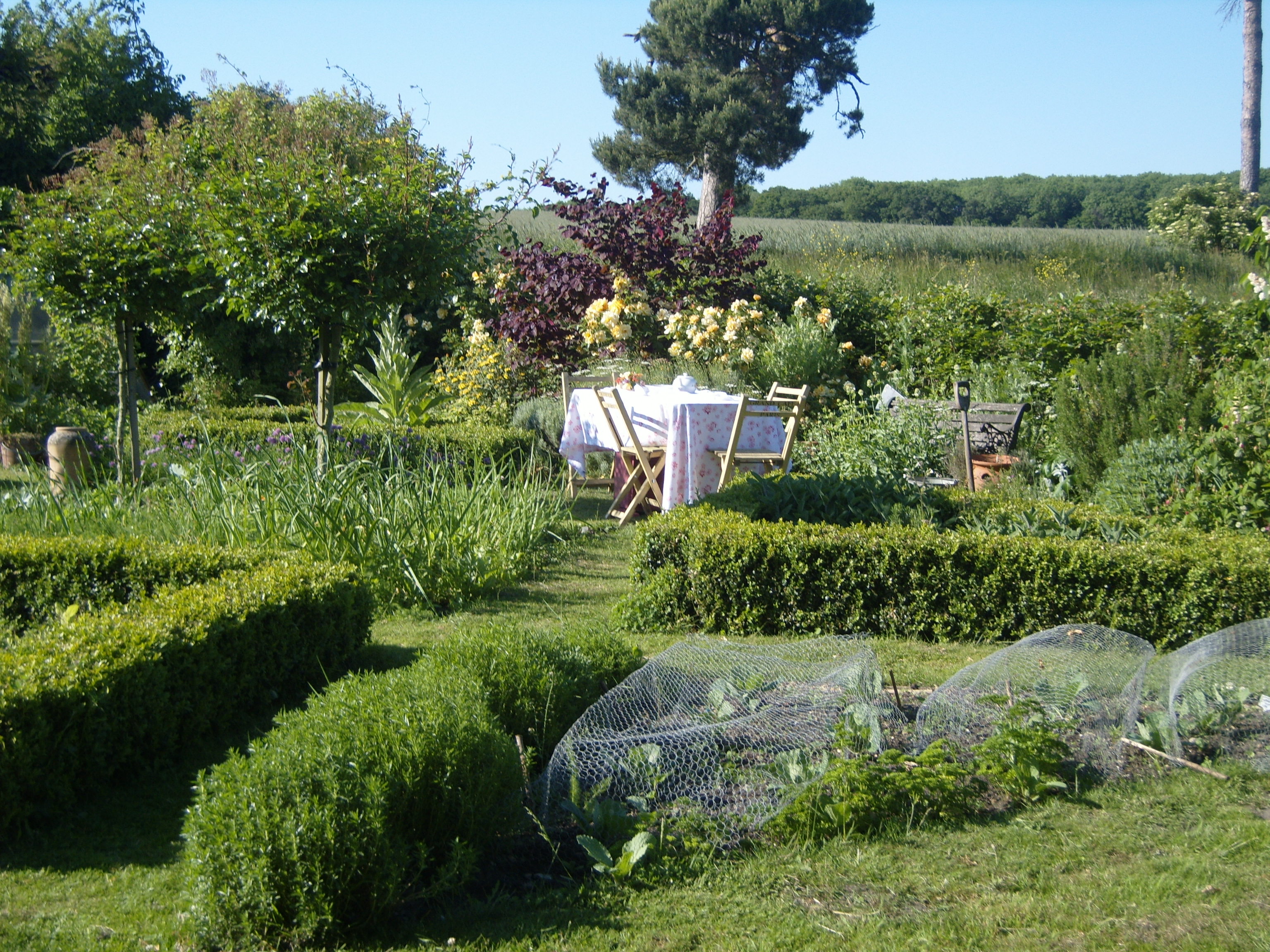 My garden has evolved over the past ten years or so from a boring edge-to-edge lawn surrounded by sun blocking conifers and a large expanse of concrete (not to mention a buried air raid shelter) into something more resembling a traditional cottage garden. It has been, and is, a real labour of love, using up every available hour of sunlight and energy that nature and I can offer.

It ties in my affections for cooking as to me the two are closely bound. The cycle of nature and food, so often forgotten in this age of processed, fast fodder, is something to nurture, respect and savour. 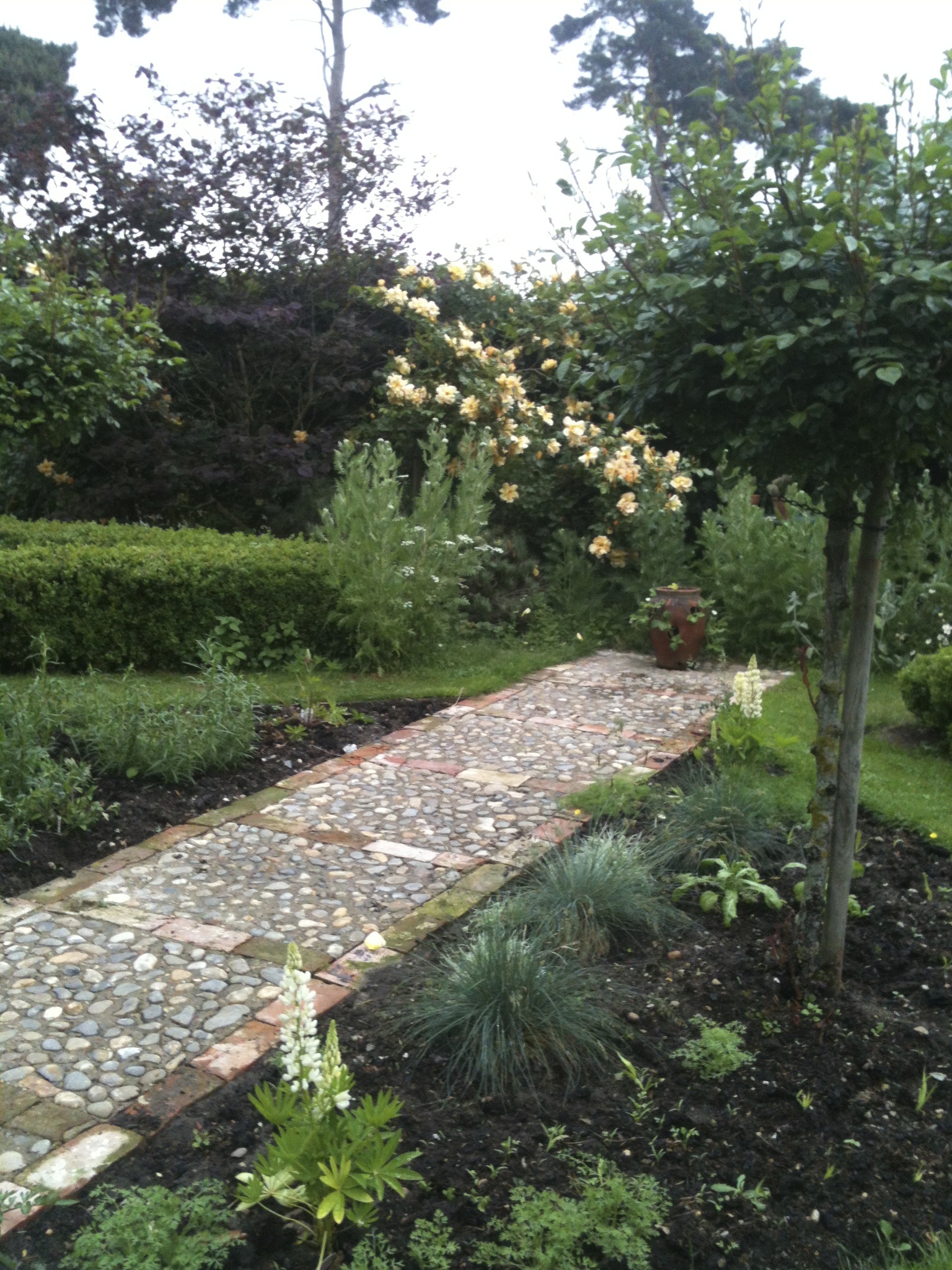 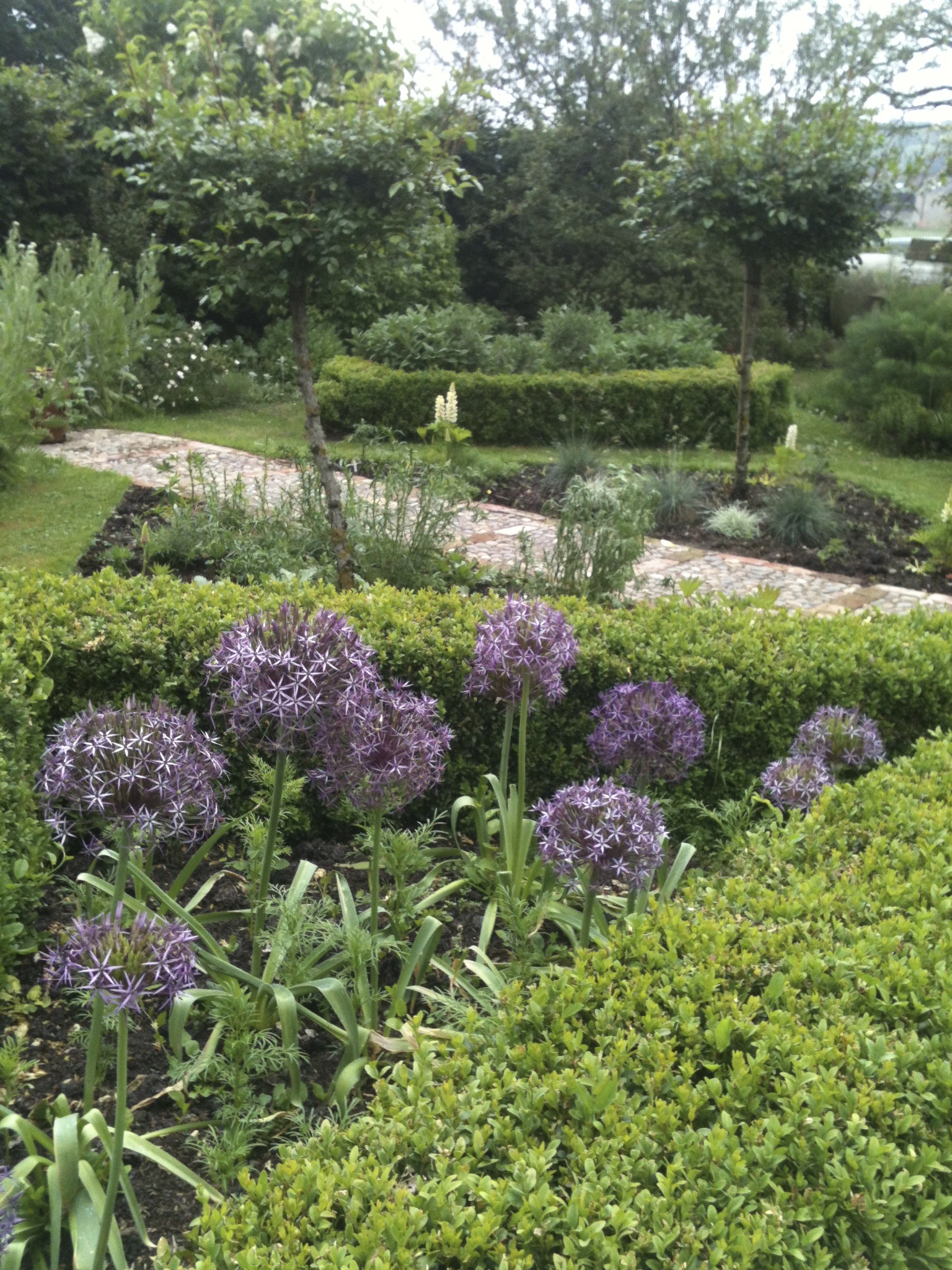 Gardens have a habit of never managing to achieve 100% perfection, a plant will grow too large for the border or will die after a wet, cold winter. Particularly upsetting is when an old favourite, its flowers eagerly awaited every year, just gets old and withers like the rest of us.

I have often found that people forget plants are living organisms with a life cycle, maybe because now more than ever before the population is very mobile and people move home long before a plant grows from a seed to a fully fledged specimen. Parts of my box hedging are showing signs of blight which is infuriating to say the least and if I can’t redeem it next year I may have to start again, maybe with a gravel garden which would establish quickly in our very sandy soil.

But for all its faults, and there are many, it is the place I feel most at home in. Sunny days beckon me outside when I know I should be doing something more important than dead heading the roses. Meal times go haywire as I lose track of time weeding and watering the vegetable patch. Arms scratched to bits by the thorniest of roses, nettle rashes and backache have not yet managed to dent my long standing passion for flowers and everything green.

You will not find any weedkiller, or even worse, slug pellets (which I think should be banned) lurking in my shed. I have an army of hedgehogs, frogs and toads to do the dirty work for me and my hostas and lettuces are just fine and dandy thank you. 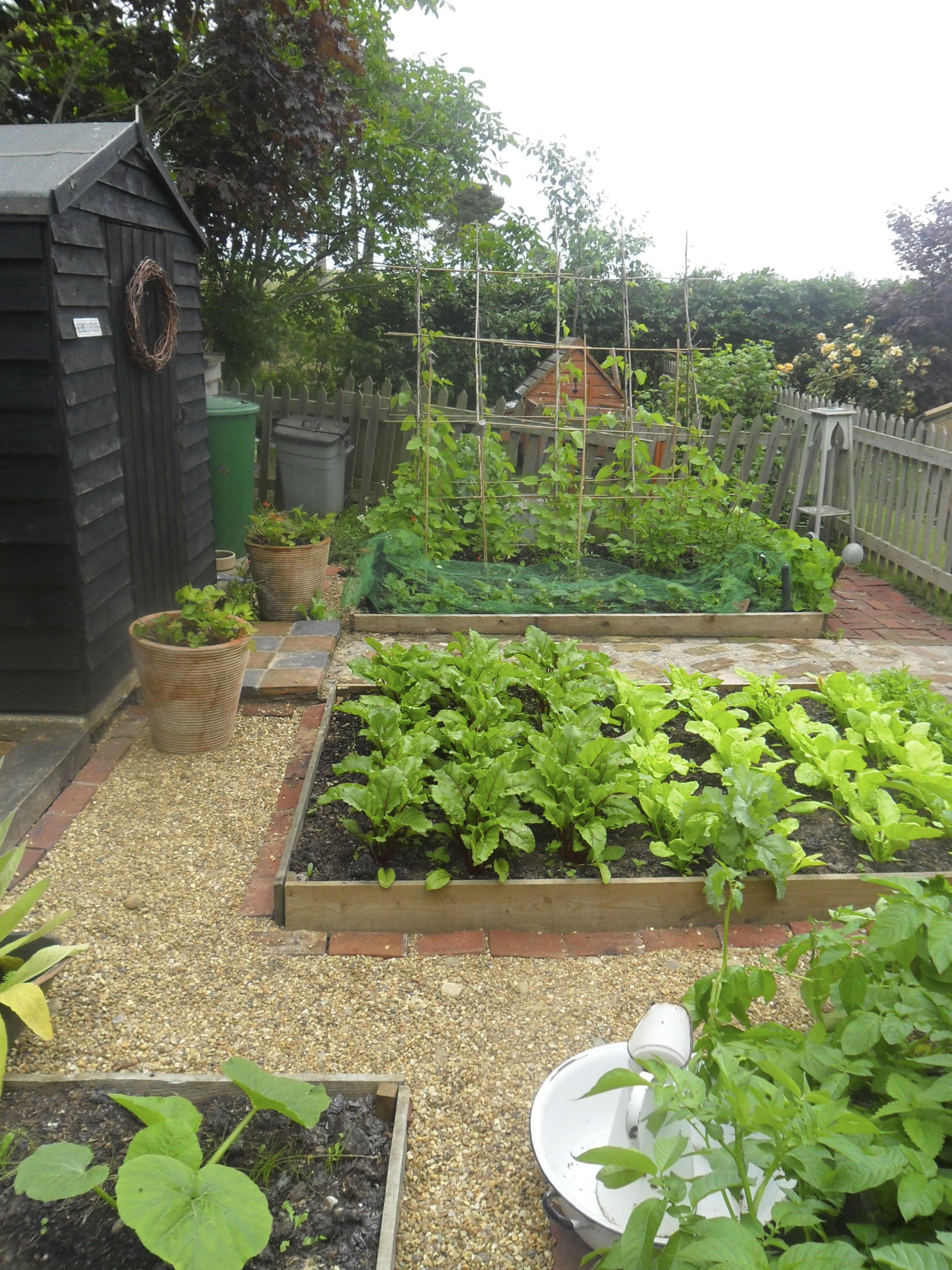 My idea of heaven is a couple of hours hard graft in the vegetable patch on a late summer’s afternoon, then to sit down with a glass of wine and watch the robins dive out of the beech hedge for their fill of grubs.

The seasons change all too quickly but every one brings with it a special gift.  Fleeting swathes of spring bulbs in all their splendour give way to the glorious blooms and scents of the summer herbaceous borders. Autumn brings nature’s store cupboard, the berries and fruits not just for our jams, gins, pickles and pies but much needed food for the abundant wildlife. The fireworks of the red and golden leaves are no less magnificent than the earlier blossoms and fruits. Late flowering roses cling on to the autumn’s fading sunlight, eventually giving way to the humble evergreens, ready at last to come to the fore and shine in the shimmering hoary frosts of winter.

I hope you enjoy my constantly changing garden, it brings me such joy I want to share it with everyone who shares my passion for flowers and the glory of nature.