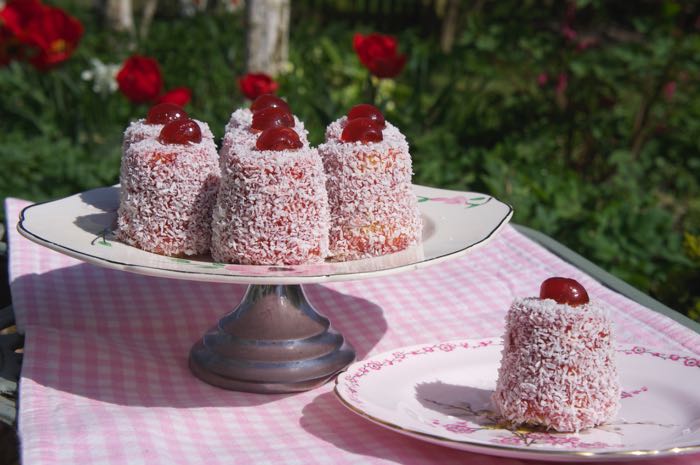 I had so many lovely comments on these when I put them on Facebook that I thought I must share them with the rest of the world.

These beautiful little cakes would appear to be a reminder of childhood for people of a certain age (cough cough). They certainly bring back memories for me of coming home from school and seeing them standing like little soldiers on a plate in the kitchen and itching to eat one straight away. My mother used to make them regularly and, as with most things from my childhood, I didn’t appreciate them until I was much older. 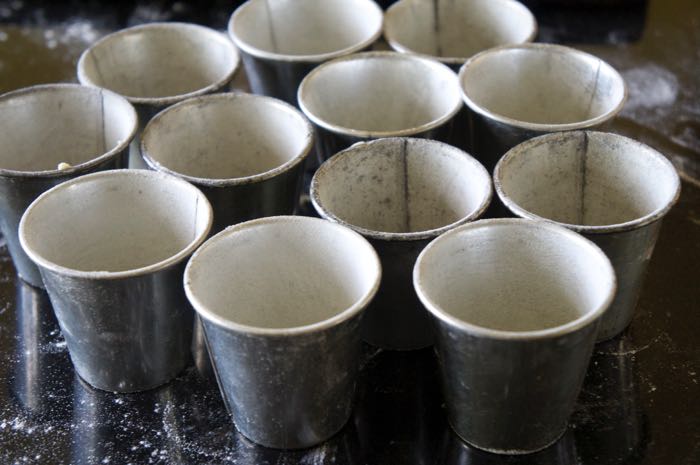 I must have assumed my mother had nothing better to do all day apart from make cakes. Little did I know she was rushing about, juggling shopping, working, cleaning, looking after kids, making sure her family was fed and doing all the other chores that make up the day to day life for any parent. She probably didn’t mind standing in the kitchen fiddling about with plates of sieved jam and coconut just to make her children smile but I now realise she certainly had other more pressing things to do. That said, what is a better feeling in life than making your children happy? Not much probably, if anything at all.

One of my followers remembers cooking them at school and felt a wave of nostalgia after seeing the photograph, urging her to go and hunt out some dariole moulds to make these delicate little frivolities. 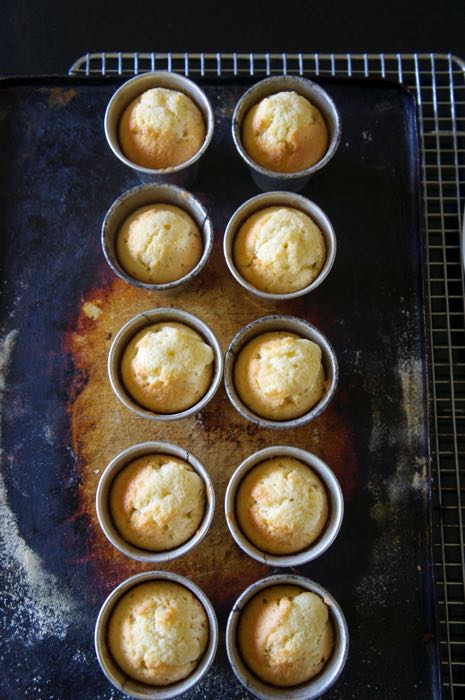 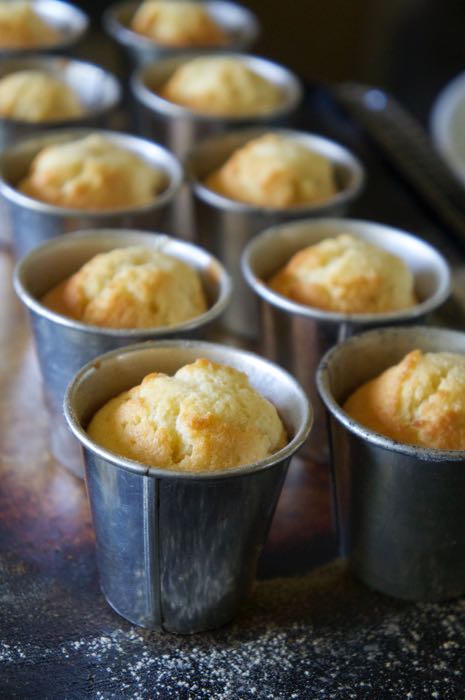 As a treat they probably fare better in the calorie stakes than a cup cake laden with buttercream icing, so I didn’t feel too guilty eating two with a cup of tea in the garden before my son came home from school.

They are simple to make, the cake being a basic Victoria sponge batter. The main obstacle to making them would not be having the dainty little moulds, called dariole moulds or castle moulds. In fact when I was little I used to call them coconut castles rather than their more sophisticated correct name.

If you are a regular reader you will know by now that my lovely mum, who used to be such a wonderful cook, is now in the later stages of dementia and sadly is no longer able to don her apron in the kitchen. These moulds once lived in her cupboards and came out to be used quite regularly but since they have moved house to Suffolk they seem to have been relegated to the back of the drawer which is such a shame. When I found them the other day I felt quite guilty that I had never made English Madeleines for my son so I dug them out and I must say I really enjoyed making them and they really did make me smile. 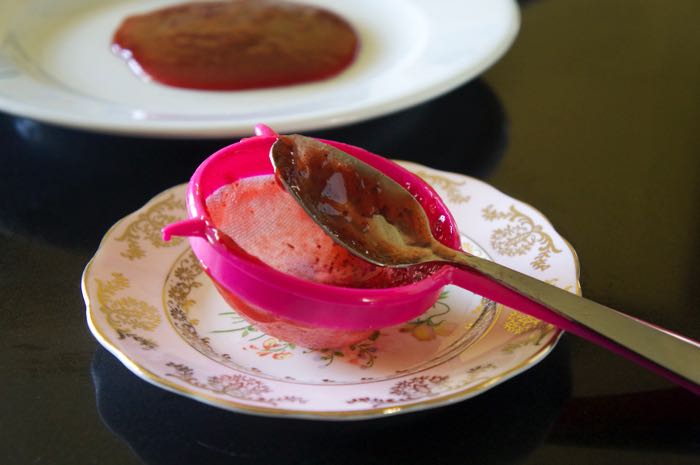 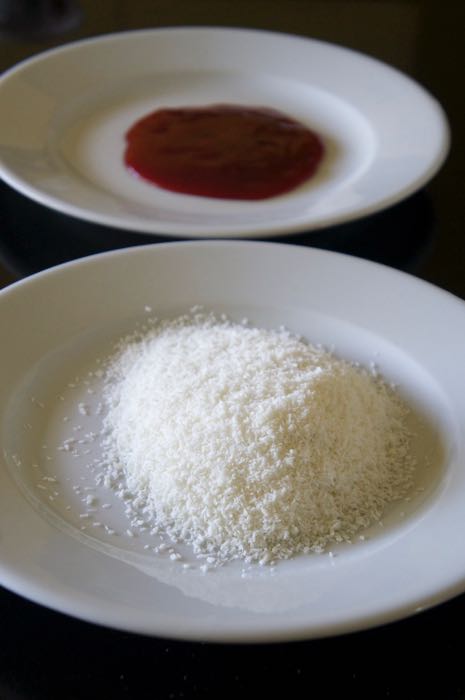 To buy the moulds just to make these would work out quite expensive unless you were going to use them more than a few times.  If, like me, you like buying pre-loved kitchenware,  they are the sort of thing you see regularly at boot sales or charity shops which would be a much cheaper option and I was lucky enough to buy a set of 6 slightly larger ones for 75p a few weeks ago.

Although my moulds are over fifty years old, greased with a little butter and dusted with flour they were perfectly non-stick and came out without any traumas. 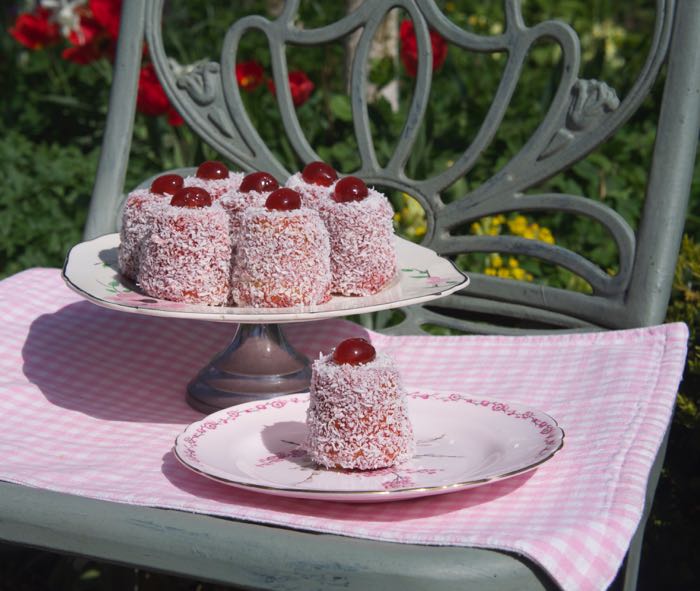 To be honest I’m not sure why the English Madeleine is made in a dariole mould and the French Madeleine looks like a flat shell. It it rather peculiar that cakes with the same names look so different, but hey ho that’s one of the beautiful little mysteries of the culinary world.

Coating them in the jam and coconut is a bit like coating a fish cake with bread crumbs. The first couple are easy peasy but after that things tend to get a bit messy with lumps of jam and sticky fingers laden with coconut. To make things easier have a few clean forks handy, it is much simpler to stick a fork in the bottom of the Madeleine, turn it round in the jam then again in the coconut than try to do it with your fingers. 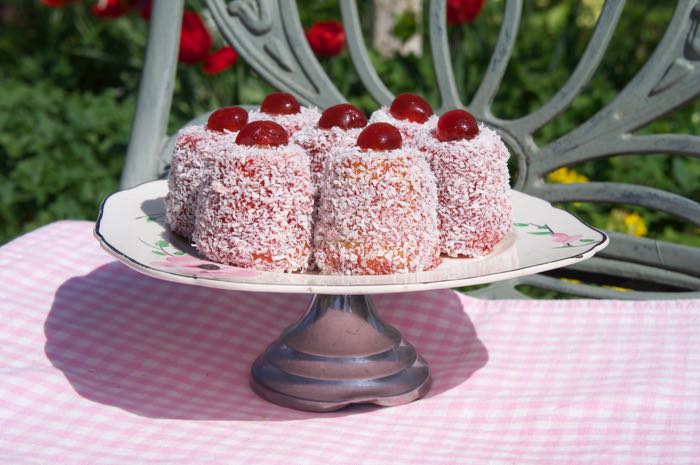