You are here: Home / Baking / STEM GINGER AND CHERRY BISCUITS

These oh so delicious, buttery biscuits have become a firm favourite in The Eating Tree kitchen, even winning round my son who will usually look at anything other than a chocolate biscuit with disdain. I slipped one surreptitiously into his lunch box, knowing that if I mentioned the word ginger he would think ‘spicy’ and automatically decide he wouldn’t like it before even putting it to his lips. Upon arriving home from school, I was relieved to find his lunch box was empty and there was no mention of the biscuit, except later on when he asked if he could have another one. 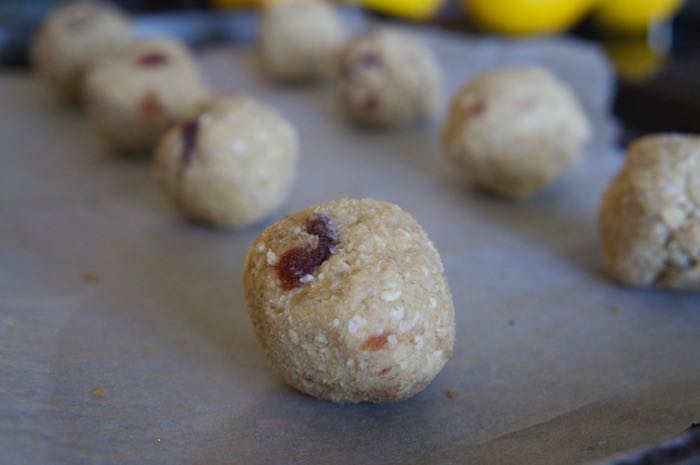 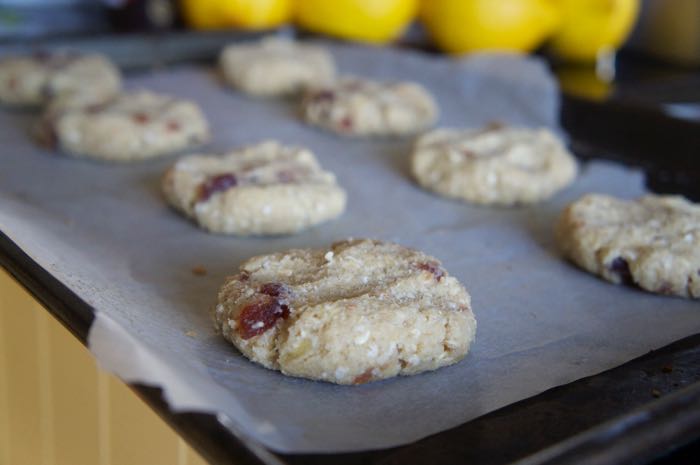 A fabulous basic oat cookie recipe, this dough can be used for endless varieties of biscuit, as long as the additional ingredients add up to about 200g you can make whatever you fancy.

The smooth buttery flavour still comes through the ginger but the added little nuggets of stem ginger wake up the taste buds, leaving you wanting more. Which can be a bad thing I suppose, but not in this house.

They keep amazingly well, staying wonderfully crispy and fresh even after a few days in the tin, if they last that long. 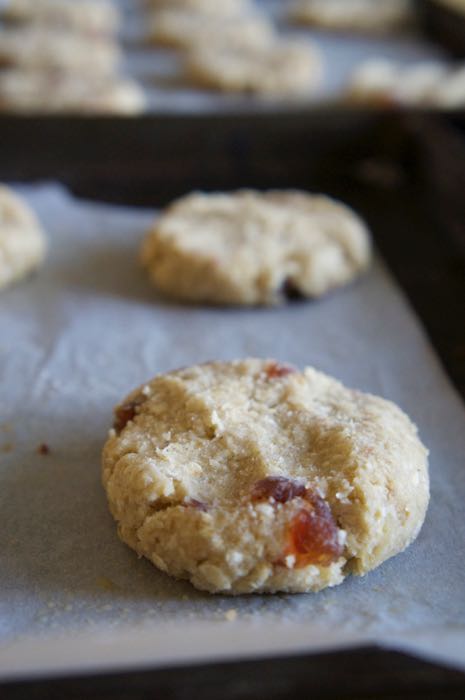 Its quite hard to establish the origin of the commercial oat biscuit, the most famous one probably being the Antipodean Anzac which has become something of a food legend. Fabled over the years for being shipped by the women at home to the beleaguered Australian and New Zealand troops in Gallipoli in the First World War, this fact is often disputed. The soldiers certainly received a very hardtack biscuit aptly name the Anzac tile, probably the cause of countless sore gums and many a chipped tooth in the ranks. There is no doubt that the more palatable sweet biscuit, made with coconut and rolled oats certainly became popular in the war years, with millions being sold at fetes and fairs down under to raise money for the war effort. Made without eggs, the binding agent was usually golden syrup, making the recipe very similar to the flapjack.

Whatever the truth, the Anzac biscuit still remains hugely popular today. Unibic, the manufacturers, give 4% of revenues from the sale of Anzac biscuits to the Returned and Services League of Australia (RSL), a support organisation for men and women who have served or are serving in the Australian Defence Force. Although I’m not quite sure where the New Zealanders stand on that one. 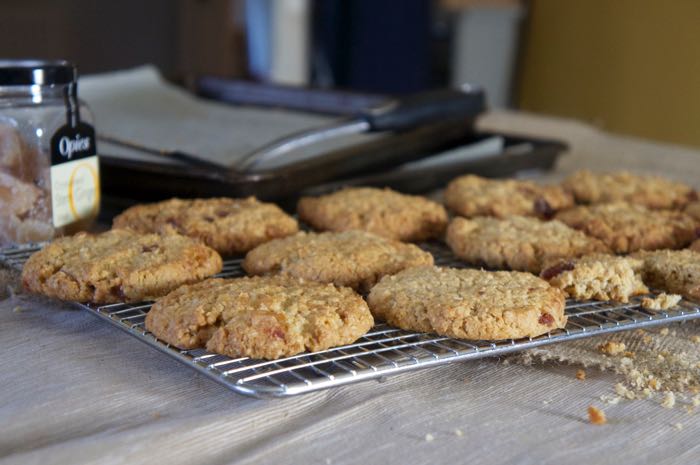 Back in the seventeenth century, long before the tragedy that was Gallipoli, oatcakes and bannocks, staples of the British and in particular the Celts, travelled over the waters with settlers to New World. Oats, used by the incomers to make their traditional puddings, haggis and cakes, were originally frowned upon by the colonial Americans and treated as something only fit for their animals to eat. A couple of hundred years later the masses were chattering about the health benefits of a bowl of porridge for breakfast, much like today.

As always, there were a couple of bright sparks ready to seize a business opportunity and in 1877 a Mr Seymour and a Mr Heston patented the rolled oat, culminating in the formation of the Quaker Oats Company in 1901. A relatively cheap ingredient, it didn’t take long for the cooks of the day to start using their imagination and soon oat biscuit recipes were appearing regularly in cookery books. The mighty oat never looked back.

Back in Old Blighty, an oat biscuit has long been called a hob nob, although the original meaning was something along the lines of  ‘drinking together’. HobNobs became a household name in 1985 when McVities (United Biscuits) started producing the very popular biscuit, cause of many heated discussions on the niceties of dunking.  I quite like the fact that the first use of the the term hob nob was penned by our very own William Shakespeare in the play Twelfth Night,  I wonder if he was pondering the delights of dunking an Elizabethan gingerbread into his morning caudle. 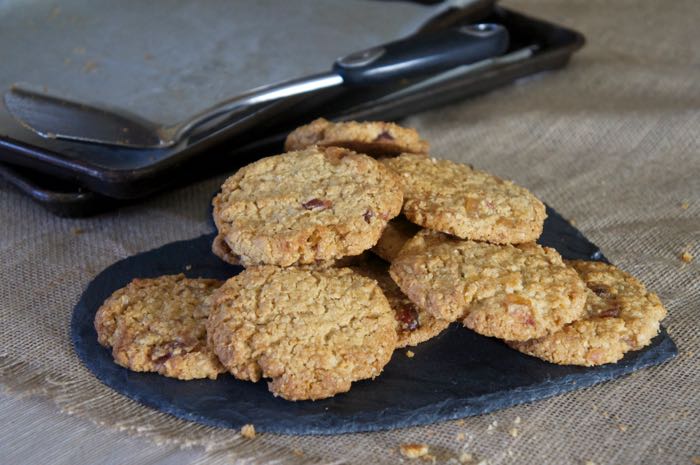 These ginger oat biscuits contain a lot less sugar than most hob nob recipes and no golden syrup. They make a great slow release energy boost biscuit for kids and adults alike but there’s nothing about them that would make you think you are eating a ‘health’ bar, they certainly taste like the treat they are meant to be.