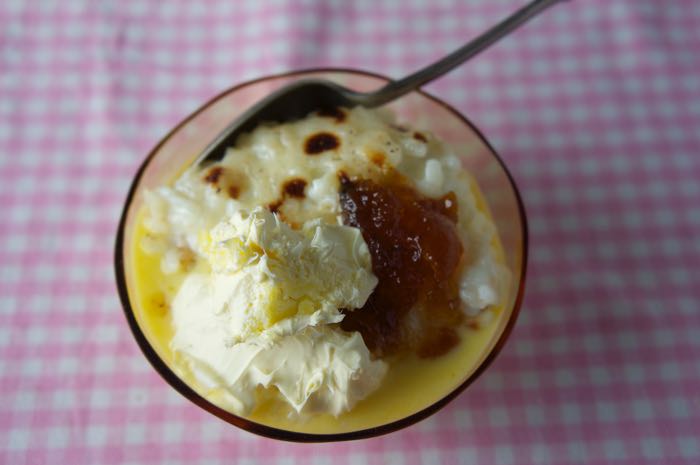 Before I start I should probably say that I have never really had a stress free Christmas. I don’t think they actually exist unless you are under the age of ten or over the age of caring when you can just sit in the comfy chair by the fire and let the madness of the day wash over you whilst everyone else runs about like a headless chicken.

The cooking side is probably for me the most stress free part of the big day itself. I have cooked more Christmas dinners now than I care to remember and worries about pink turkey legs and soggy sprouts are distant memories. I already have the sausagemeat in the freezer for the stuffings, a flavoursome chestnut one in the cavity and a traditional sage and onion combo in the neck. I have frozen some fresh cranberries for the sauce, having learnt my lesson a few years ago when the shops ran out and I had to resort to a bought jar, which strangely I like in sandwiches but have a severe aversion to as an accompaniment to a turkey dinner. 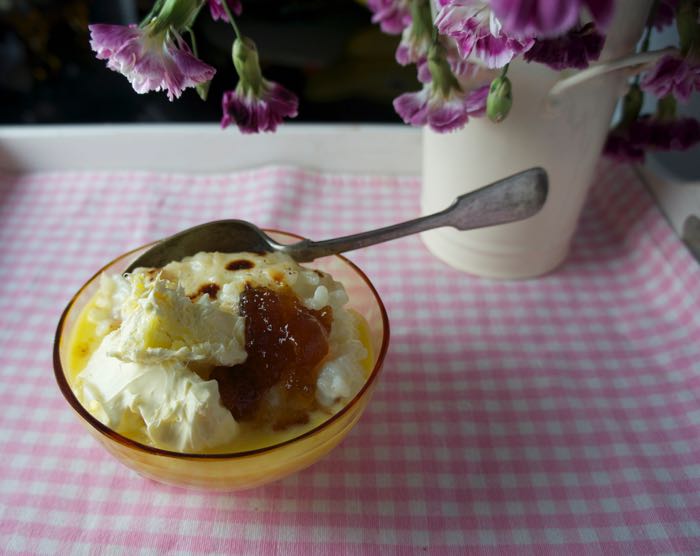 The cake is made and will be iced this weekend. Copious amounts of mince pies will be made next week and frozen uncooked, ready to be popped in the oven when needed along with several tried and tested frozen desserts.  Meringue nests will be made, always a fabulous quick standby pudding, especially on days when time is limited but the hordes are still yearning for something sweet. All the rest; pickles, biscuits for cheese, chocolates and all the other extras are either tucked away in a cupboard or on a list. Lists are my lifesavers at Christmas,  scribbled on everything from backs of envelopes, scraps of paper, old diaries, address books, receipts, in fact usually anything but a proper note book. 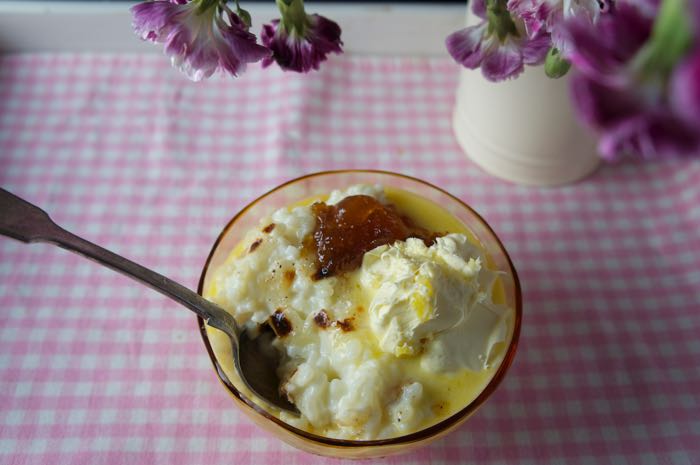 Food is organised like a military operation, therefore the actual process of cooking on Christmas Day is calm and scores relatively low on my blood pressure scale. People on the other hand are something else.

My lovely mother has dementia so has no concept of time whatsoever and would happily eat a boiled egg for Christmas lunch. My father who cares for her is also in his mid eighties and now lives totally in a world of his, or more pertinently, their own, and no rushing or cajoling can make him go any faster than a snail’s pace. Any deviation to his normal routine will cause major upsets which are to be avoided at all costs. On Christmas morning when the rest of the family is either tucking into a cooked breakfast or smoked salmon, he will be eating porridge. Made his way.

When we are all sitting down Christmas night, full to the brim , he will ask if we are having anything else to eat as he has ‘missed a meal’ even though we have been stuffing our faces all day and I couldn’t face another chocolate, even if it is the purple one with the hazelnut in the middle. He cannot answer a simple question of ‘Would you like a cup of tea?’ with a yes or no answer. The reply will be ‘When you’re ready’, ‘Are you having one?’ or ‘Come and sit down, you’re doing too much’. Upon which I will sit down and put my feet up, only promptly to be asked ‘Did you make a cup of tea?’. He will water my Fairy Liquid down to the annoyance of my husband, because that’s what he does at home. We have to hide our old iron skillets as he thinks we are weird for not washing them in washing up liquid. He will insist on washing up rather than use the dishwasher because the dishwasher wastes water apparently. And don’t start me on the use of tea towels. 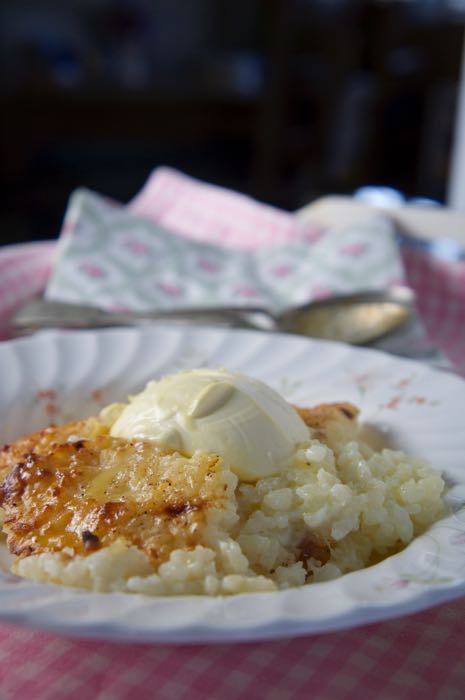 My mum will be sitting quietly staring into space with enough jumpers on to survive her own personal trip to the North Pole, despite a roaring fire in our small living room and the heating turned up to the hilt. The rest of us turning beetroot red in the volcanic like atmosphere, shedding clothes and sweat like we were in the middle of a summer heatwave. We get through enough logs in the space of a few days that would heat a minor stately home for the whole of the winter, a point which goes over my father’s head as he puts another £5.00 in the log burner and stokes it up so high it requires a welder’s outfit to get within a yard of the burning hot stove.

Gone are the days when we used to spend the evening playing a board game into the early hours of the morning which was a family tradition for years, a new game being purchased every year especially for the job. Evenings full of laughter and fun passed without noticing the time until we all went up to bed happy and content. My mum can’t play any sort of game now as she has lost the ability to read, let alone remember any questions or instructions. In fact it was ten years ago this year that we noticed something was wrong. After spending about 4 hours on Christmas Day playing Cranium when she seemed perfectly normal and her happy go lucky self, we bought the game out on Boxing Day to play another marathon round when she said in a matter of fact way ‘Oh this game looks good, I’ve never played this before”.  Needless to say it has all gone downhill since then, but she still has flashes of her very funny sense of humour and once in a while she will laugh and her face and eyes will light up with a spark. 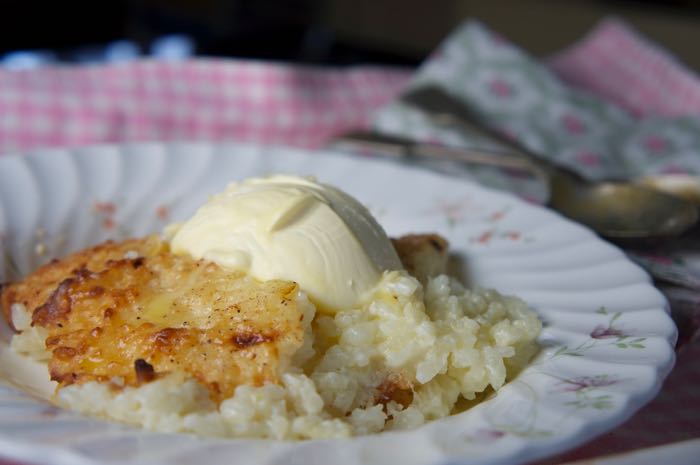 Saying all this I wouldn’t change my Christmas Day for the world. I am very lucky that I still have my parents to share this wonderful day and can’t help but wonder how many more years they will be able to spend the festive season with us. I am still a bit like a little girl at Christmas, I adore all the decorations, the exitement, the pictures of stags in snow and Father Christmas on his sledge. I don’t think I will ever grow out of it and hope my son never really loses the wonder of Christmas, it is such a special time of the year and if it means putting up with a little stress that’s fine by me.

This rice pudding is the sort of thing my mother would make on a regular basis, slow cooked on a low heat for a couple of hours in the oven, resulting in a creamy confection with a skin which has a reputation a bit like marmite, either loved or loathed.

I tried this one on top of the cooker as suggested by the instructions on the packet of pudding rice, something I have never tried before but thought I would give it a go as it was a last minute idea to use up the rest of the clotted cream. I was surprised at how luscious is turned out although it did take quite a bit longer than the 20 minutes suggested on the packet to become meltingly soft how I like it. I didn’t mind stirring every now and then as I was cooking anyway and a bit like stirring a risotto I found it mildly therapeutic.

Because cooking it on the stove didn’t form a skin which I happen to like, I dredged it with golden caster sugar and nutmeg and put it under a very hot grill until it began to brown and bubble.

The first two photos are freshly made, the second two reheated the next day in the oven. It did dry it out slightly but it was still delicious. Comfort food to chill out to, ready for the stresses of Christmas shopping.