You are here: Home / Appetizers / SQUASH AND ALMOND SOUP 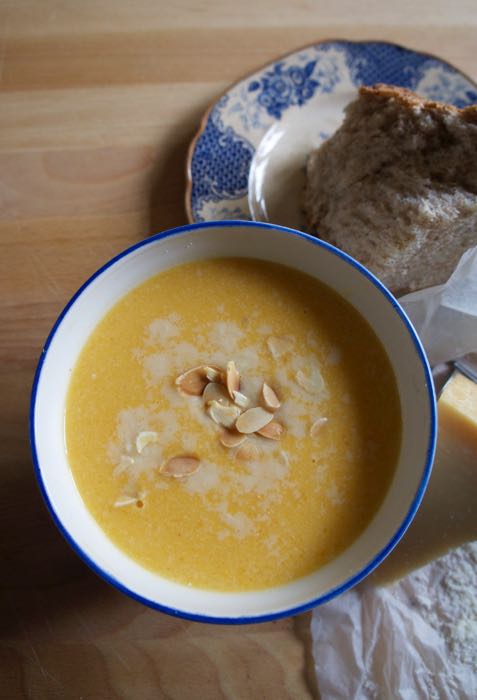 I think I must be having a thing about oranges at the moment as they seem to be cropping up in everything I am cooking, whether sweet or savoury. Probably like most people, I use a lot more lemons in the kitchen to cook with than oranges and I rarely have to throw a lemon away. They get used in roast chicken, squeezed over lamb dishes, the simplest of quick pastas with garlic and olive oil, salad dressings and of course cakes. Oranges on the other hand tend to languish in the fruit bowl, many of them turning thin and wrinkly when I cut them into quarters and suck out the juice before discarding the skins. 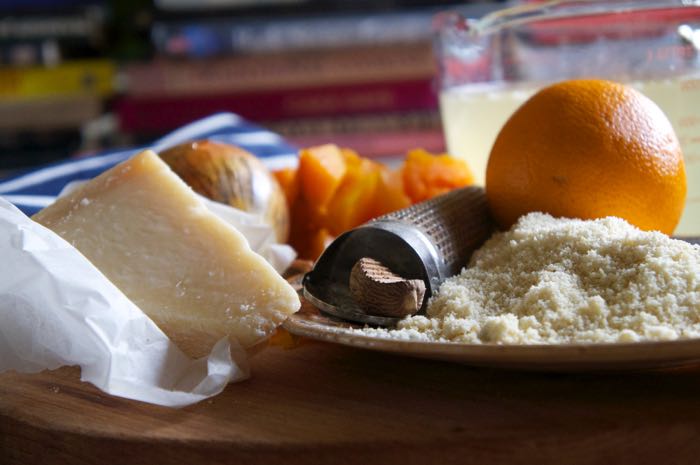 The men in the house will only eat an orange if I peel it for them first. They would never pick one up themselves to eat but I can guarantee if I sit down and put my feet up with a peeled orange on a plate, before I manage to put the first segment in my mouth there will be little fingers pinching it off the plate and cries of “Can I have a bit?” “Ooh, that looks juicy” and “Are there any more of them?” as though they had never seen and orange before in the house. So I probably would be lucky to get a few segments, leaving me to get up and peel another two oranges to satisfy everyone’s craving. 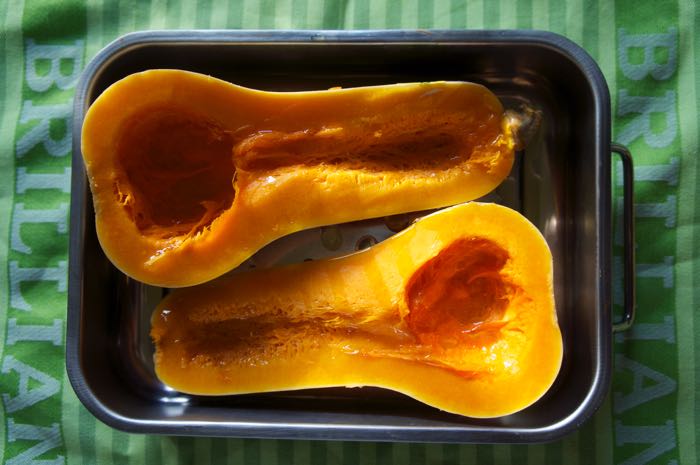 Perhaps it’s because it’s nearing Christmas and oranges featured in my Christmas cake post that the orange has come to the fore. There is something about the smell of oranges that always remind me of Christmas, they are particularly good around this time of year and I love them studded with cloves and dotted around the house, the fresh, bright smell full of cheer. Not to mention much cheaper and more natural than than most shop bought smellies for the house. The majority of mass produced candles are made from paraffin which produces toxic chemicals when burnt, particularly benzene (a carcinogenic) and toluene (affects the central nervous system). It’s lovely to have a house full of all sorts of calming, romantic and festive smells but it is worth thinking twice about the fumes especially if there are any asthmatics in the house.

I know it’s  bit early but I already have a clove studded orange sitting by my computer, wrapped simply in a piece of gold trimming I give it a squeeze every now and then to send me off to the land of port, stilton, twinkling lights and chestnuts. 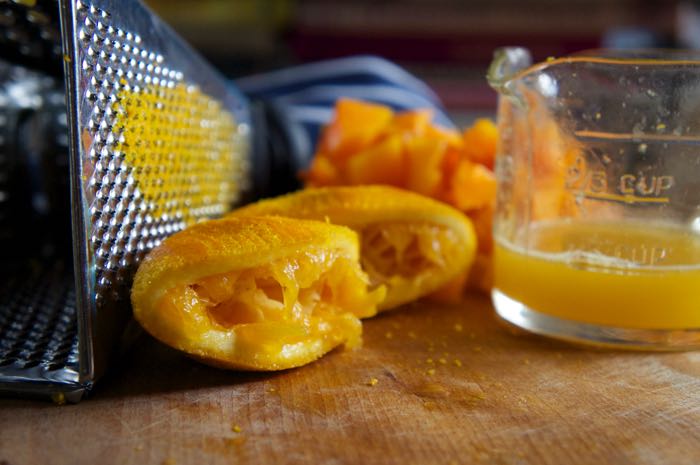 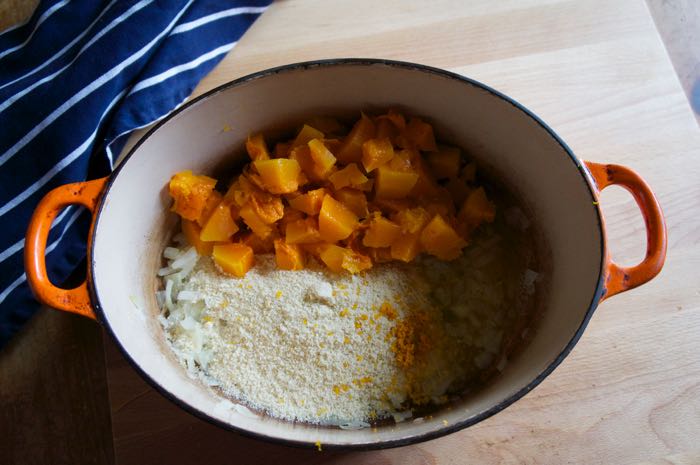 This week I am using more oranges, later today I am making an Eastern Mediterranean orange cake and a few days ago I made this fabulous soup which has a very noticeable flavour of orange.  If you think that may taste a little bit strange in a soup, it doesn’t, it is absolutely delicious. I would have thought the recipe originates from Italy because of the use of parmesan but you could use other melting cheeses to your taste. I like Gruyère in pumpkin soup and I think this would work as well, likewise the squash could be swapped for pumpkin but if you have read my previous posts you would know I missed the pumpkin boat this year (which I am still fuming about). 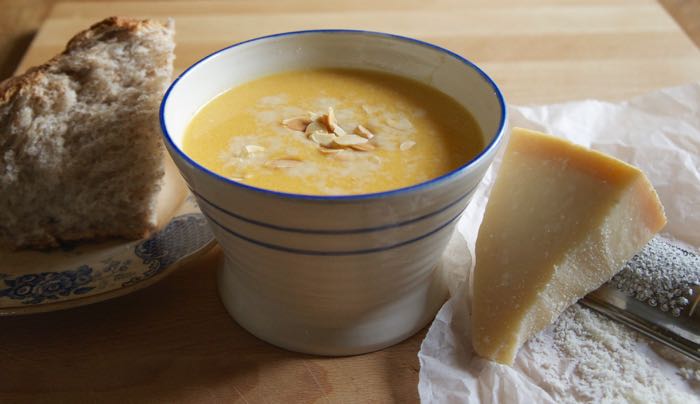 Served with a chunk of homemade bread, I was glad nobody else was around to see the very naughty amount of butter I had on the bread, it was perfect for a heart warming lunch. There is something about the way butter melts into a bowl of hot soup that I can’t resist, I makes my mouth water just thinking about it. The toasted almonds on top aren’t absolutely necessary but I like having a different texture in a soup and that little bit of crunch is just an extra bonus on top of the already delightful flavours.

I make my stock for soups usually with a ham hock, barely simmered for a few hours with a stick of celery, carrot, onion, bayleaf and a few peppercorns but turkey or chicken stock would be good too. If using a ham stock, be careful when adding salt to the soup as it may already be salty enough.

I know it’s a bit of a cliché now, but there is still nothing that beats a big bowl of hot, homemade soup. Synonyms for comfort: coziness, satisfaction, peacefulness, contentment, warmth and cheer. Need I go on.. 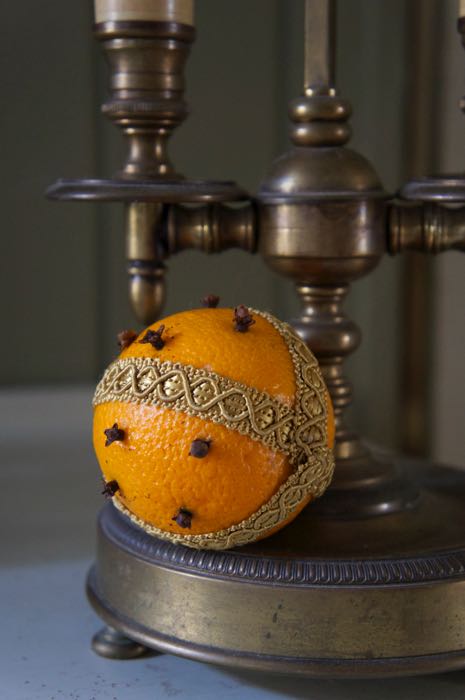