You are here: Home / Everyday Meals / A TIME HONOURED RAGU 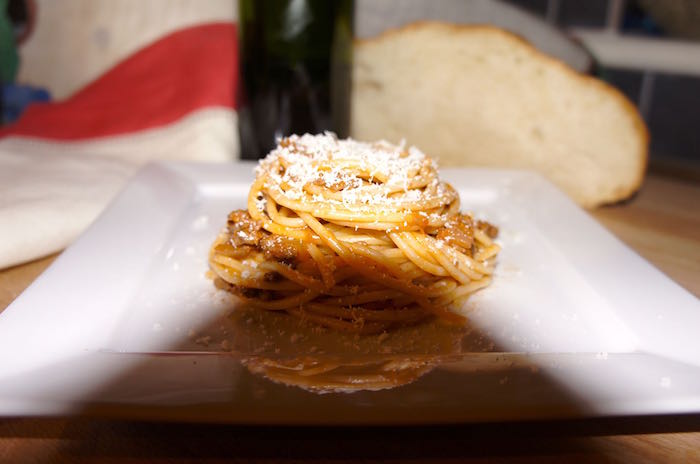 I often wonder if the Italians, in particular the fair citizens of Bologna, bemoan the popularity of their much celebrated ragù. A creamy, rich meat sauce, originally used to gently coat and flavour tender noodles of pasta has now been reduced to a bright red, acidic tomatoey paste, usually bought in a jar and thrown with a sense of haste on top of a frying pan full of mince.

The magnificent Spaghetti alla Bolognese, once a treat to relish, cooked for hours with love and a sense of tradition by someone’s Italian mama is now a plain old Spag Bog.  My husband insists the correct slang name is Spag Bol, maybe because we come from different sides of the Thames (or just different planets). The mysterious foreign name which once conjured up the warmth of the sun, passionate, fiery Italians and the exotic Mediterranean, now reduced to sounding as romantic as a burger from Watford Gap service station. 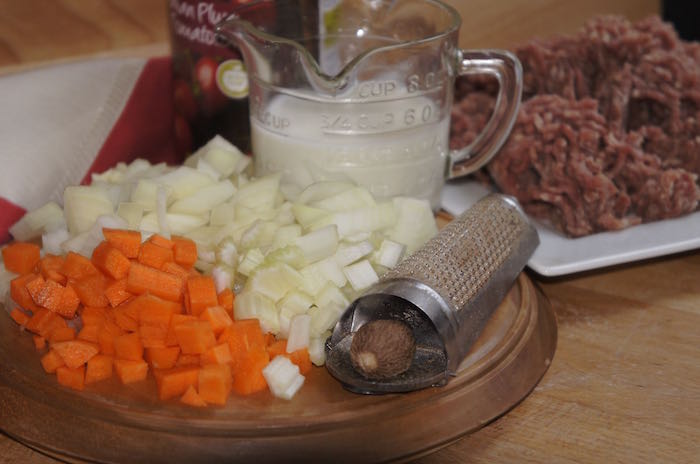 I am as fond of a Spaghetti Bolognese as the next person and whilst I do always cook mine from scratch, it wasn’t until I recently read the marvellous Marcella Hazan’s The Classic Italian Cookbook recipe for Ragù that I tried the method she insists is essential to make a successful authentic sauce. I’ve still used my own recipe for the sauce except with the addition of milk and I omitted the tomato puree I usually add.

The result was an eye-opener. The method of cooking the meat in milk before adding the tomatoes was I thought a little strange at first, but, as my husband always says, “Don’t ask for advice if you are not prepared to take it” so with ingredients at the ready I embarked on making my Italian Ragù. With La Traviata blaring around the kitchen for some inspiration I set to work, and like the Galloping Gourmet (remember him?) a glass or two of Montepulciano to hand. One for me, one for the pot. 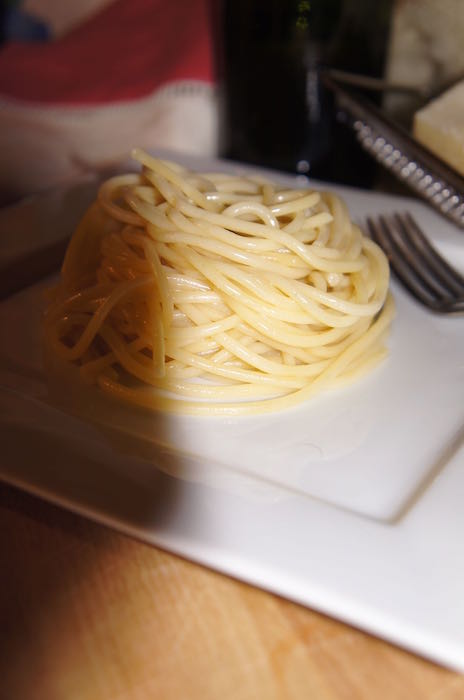 Another great tip from Marcella Hazan is not to fry the meat until it is brown, rather just cooked through so the pinkness disappears from the raw meat. This keeps it soft and tender, adding to the creamy texture of the sauce.

The minimum recommended cooking time of 3 1/2 hours is obviously not viable for cooking midweek after a busy day, but on a dull, rainy Saturday afternoon is it quite satisfying to take the extra time. For me, the smell of cooking in the kitchen is like putting the central heating on, it immediately makes the house feel warm, snuggly and inviting. (Unless it’s bacalao cooking, which is a whole different kettle of fish).

As the sauce will happily keep in the fridge for four days it can be made to use during the week when a quick but really excellent pasta dish would be appreciated. A sauce not just for spaghetti, it would be worth making a large batch if you have space in the freezer, great for a really special lasagne for weekend guests without all the hassle of cooking for hours. 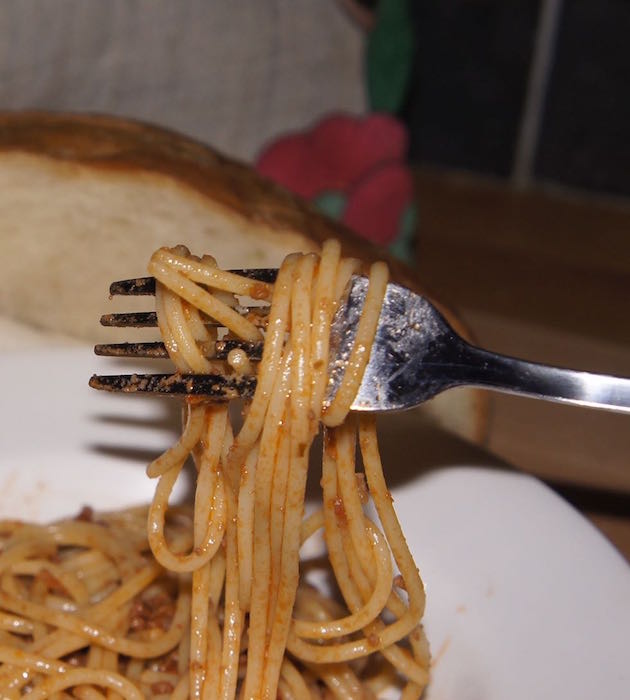 The small addition of the milk does make a noticeable difference to the qualities of the sauce. The sauce, unaided by the addition of tomato puree, stock or other darkening agents, slowly cooks down from a rather insipid looking mixture into a dark, rich affair, gently coating each strand of spaghetti with a beautiful sauce any nonna would be proud of.

When cooking for such a long time,  use a deep, large pot rather than a frying pan as this will keep it from drying out for longer.

Eating a simple bowl of Spaghetti alla Bolognese accompanied by a glass of red and Maria Callas in the background was heaven. And not a red satin shirt or outsize pepper grinder in sight. 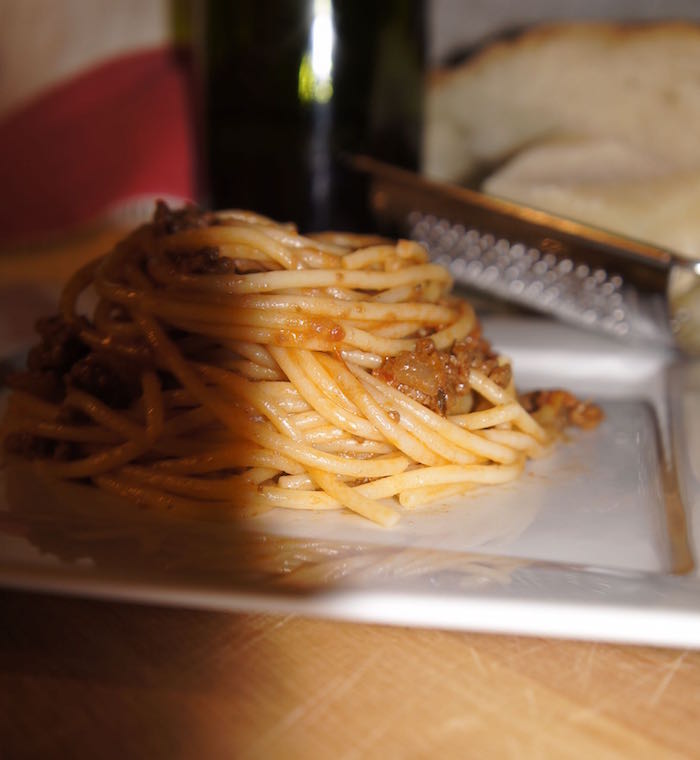 Tip. I always put a grating or pinch of nutmeg in a Shepherd’s Pie tooÙÙ, it adds an further layer of flavour to this wonderful dish.

« SAVED BY SOUR CREAM APPLE PIE MUFFINS
IS THIS THE NEW HESTON BLUMENTHAL? »