You are here: Home / Baking / Homemade or Mothers Pride? 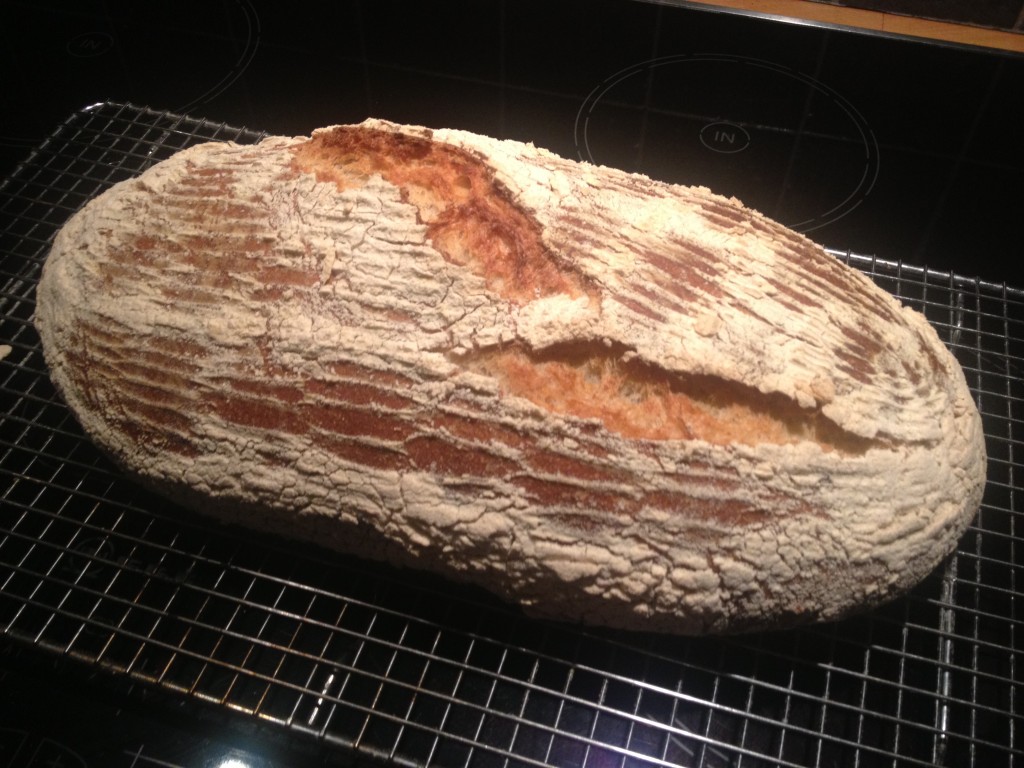 Probably like everyone else who has ever started a blog I have been racking my brains on what recipe to put on as a first post. If I asked my nine year old son for advice the answer would be some form of chocolate cake. My husband’s choice would be a Mediterranean fish stew in one of its many guises and mine would be a comforting, ballsy Spanish cocido, especially on a day like today when the bright blue sky is belying the winter nip in the air and the incessant rain showers are keeping me from venturing outside to sweep up the fallen leaves. Indoors, listening to the blustery wind I am being drawn towards the biscuit tin far too often and am trying to kid myself that my son didn’t count how many there were in the tin yesterday as that’s the sort of thing he does and he’ll no doubt keep reminding me all evening of how many I have eaten.

I digress. Which is something I do often. The first thing I do every morning when I come down my little wooden staircase into the kitchen, apart from putting the kettle on obviously, is make a packed lunch for his nibs. Then toast. Not the sort of toast that falls to bits, offering no resistance to the knife full of butter. Not the sort of toast that tastes of nothing at best with the texture of a used cotton wool ball or wet cardboard. This is proper toast, full of flavour, cut thickly, a dense soft middle, crunchy and crispy on the outside and laden with real butter. Truly the staff of life and something this house is passionate about. I’m sure there must be quite a few donkeys walking about around here with no back legs. 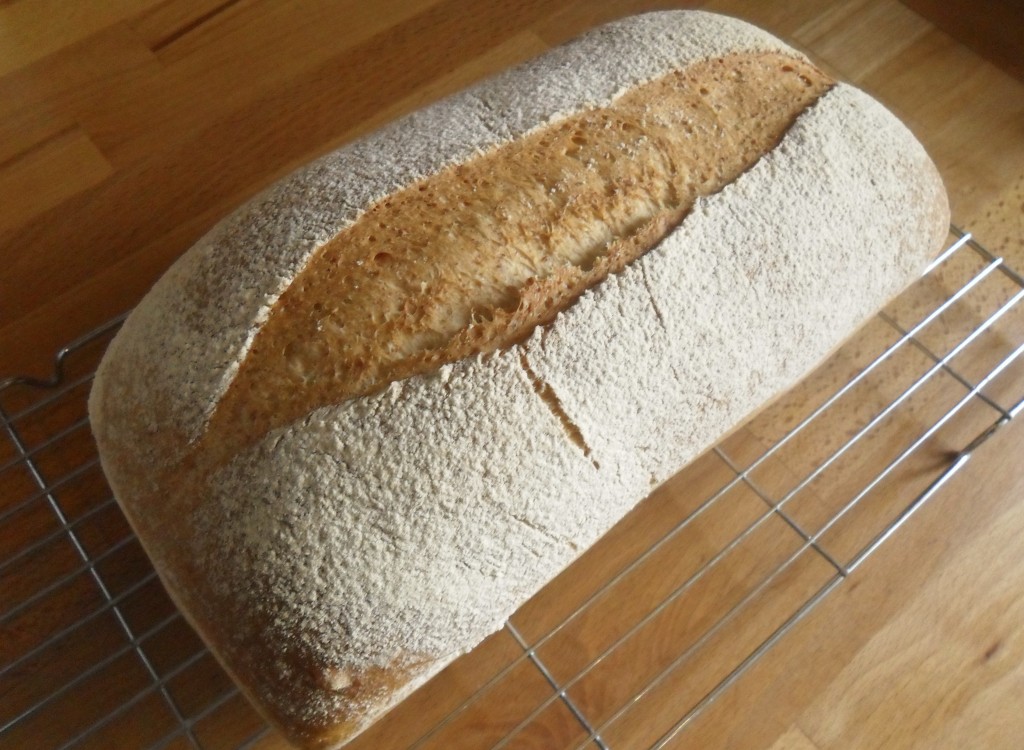 Shop bought bread has been a thing of the past for us for about eight years, a while after my husband attempted his first homemade loaf. It took many a profanity and uneatable lumps of dough consigned to the bin before he produced something that we had to learn to let cool before devouring it straight from the oven.

A homemade loaf is a thing of beauty and not just from a stomach’s point of view. To me there is nothing so pleasing as the sight of a loaf freshly out of the oven, hearing the gentle cracking sounds as it settles and cools and inhaling the homely, instantly recognisable aroma that only bread provides.

Many loaves of infinite shapes and sizes have been shared and they always produce the same reaction when people take their first bite. A long ‘mmm’ of mouthwatering deliciousness, older people always comment that they haven’t taste bread like it since childhood and youngsters comment that it actually tastes of something. 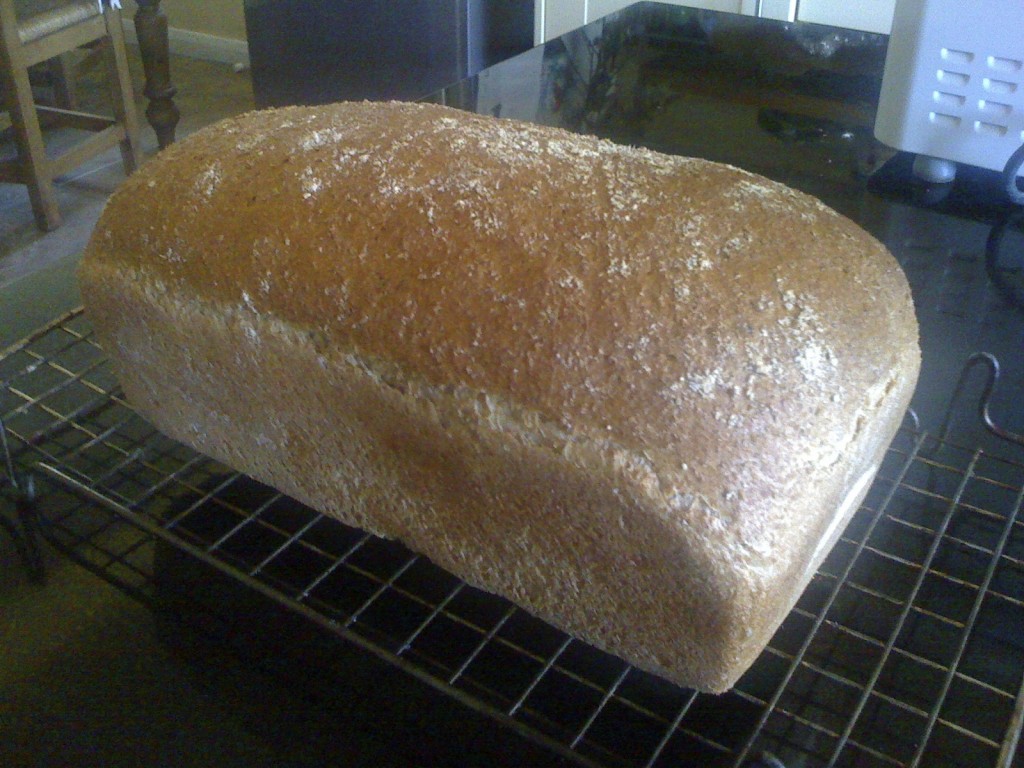 The Chorleywood Bread Process, introduced the year I was born in 1961, has an awful, and I mean awful, lot to answer for.  Whole generations are missing out on a product that is so much more than the pappy, white mush that passes as bread today. More importantly, the problem is not just from a taste point of view, the humble loaf which traditionally only requires four basic ingredients of flour, yeast, salt and water is now stuffed full of enzymes, emulsifiers and preservatives just so we can have a soft white loaf that lasts for days and is cheap as chips to produce. No thanks.

Now, before you start thinking I must have too much time on my hands if I can make bread everyday, I will own up that I cheat. I use a bread maker to mix the dough and let it have its first rising. I have no set time on this, sometimes I’ll go and do some gardening or go shopping, I’ll have a good hour and a half before it needs taking out of the bread maker. Once the dough has risen nearly to the top of the tin, I tip it out and punch it down, knead for a couple of minutes then mould into the desired shape or put it in a loaf tin. 500g of flour will make a good 2lb loaf like the ones in the photos. 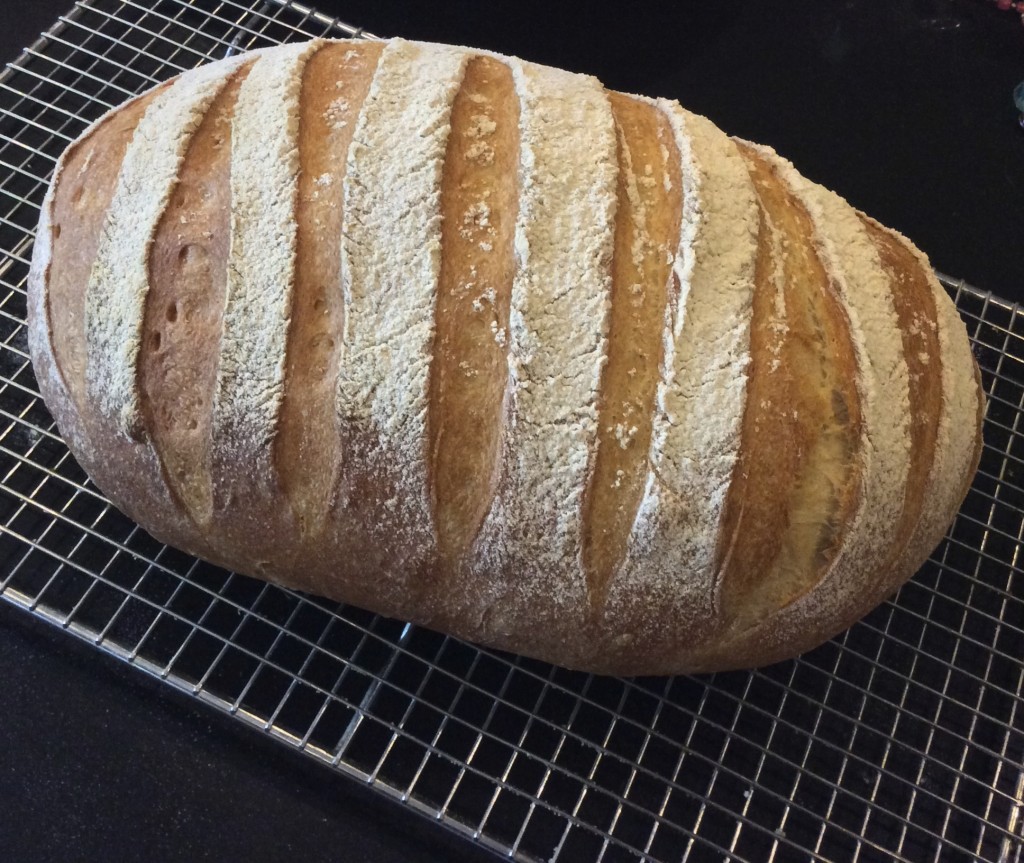 Our trusty Panasonic bread maker was purchased from a boot sale for £10 and has served us extremely well. Over the years we have used several makes and we have been happiest with this one, although we do only use it for mixing the dough so I can’t compare it to other makes for actually baking bread.

The only exception to using the bread maker is when making sourdough bread. This is very much my husband’s domain and I am in the dog house at the moment for ruining his starter which he had been using for years (don’t ask). Once I am forgiven, hopefully tonight’s dinner of roast chicken will afford me some Brownie points, he will make a new batch and I will do a post on that as it’s certainly worth another mention.

In the meantime I posting some photos of some past loaves that have made us very happy. 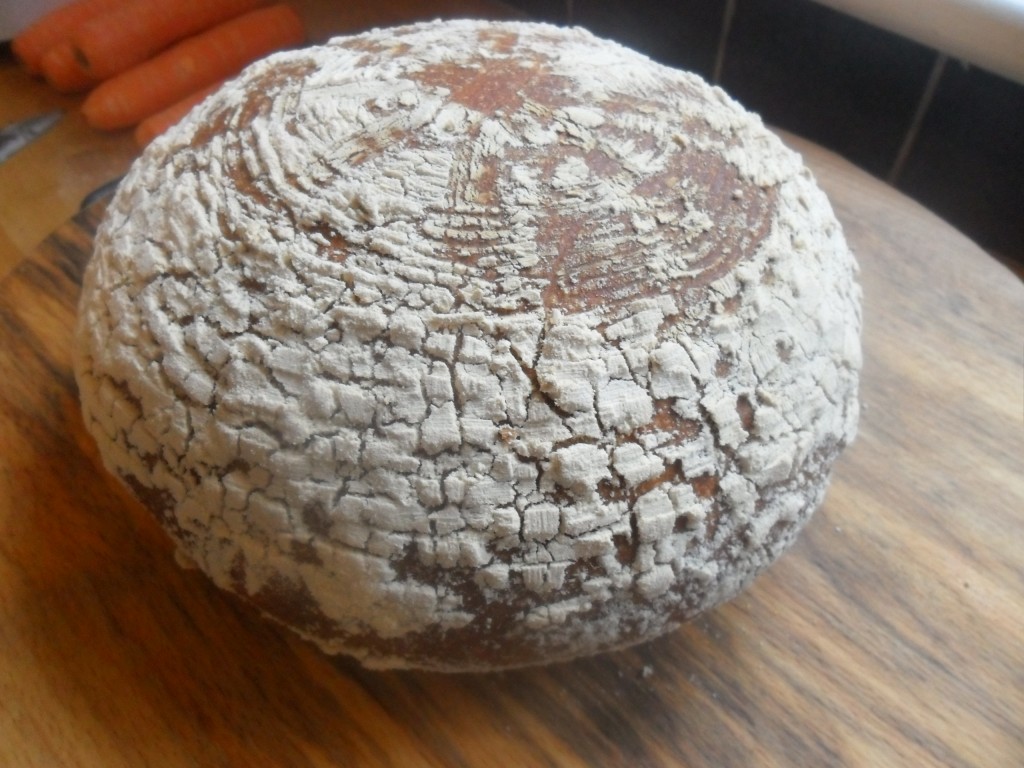 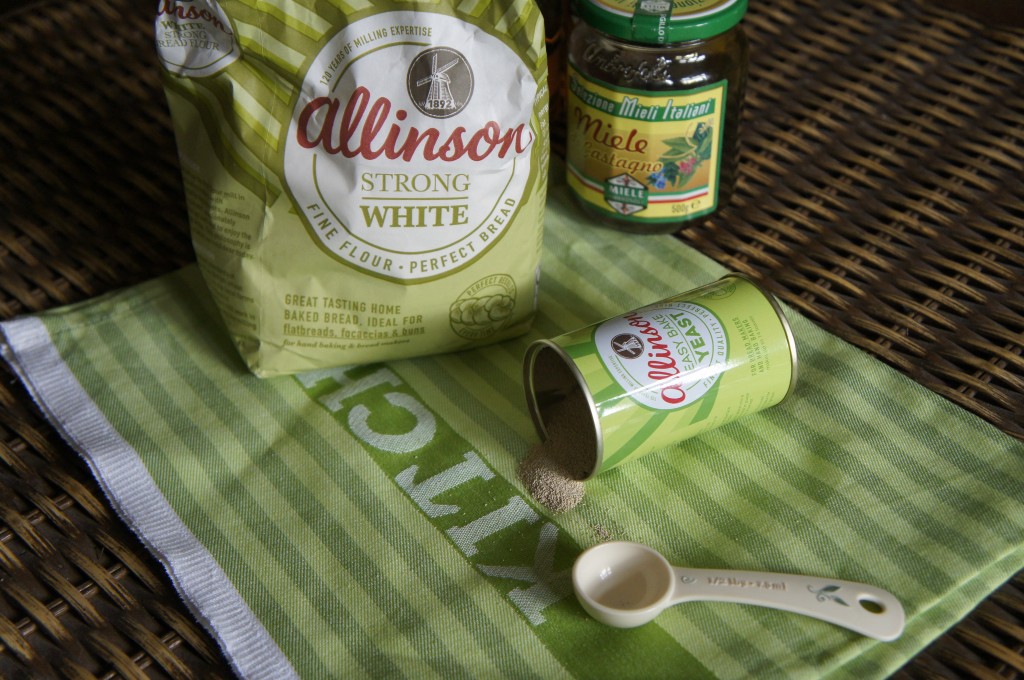 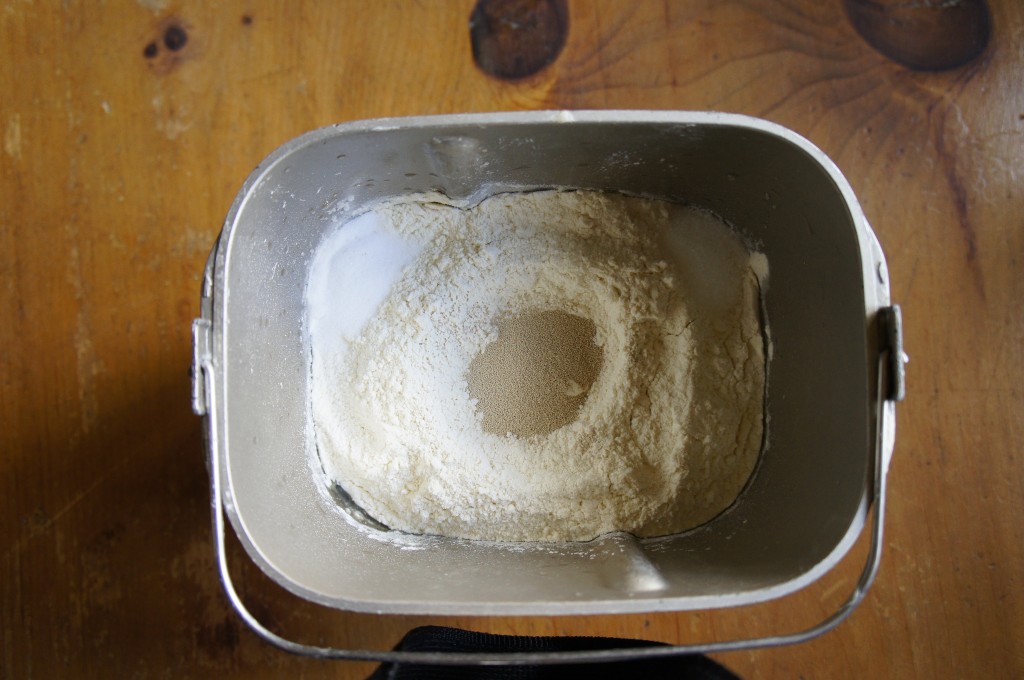 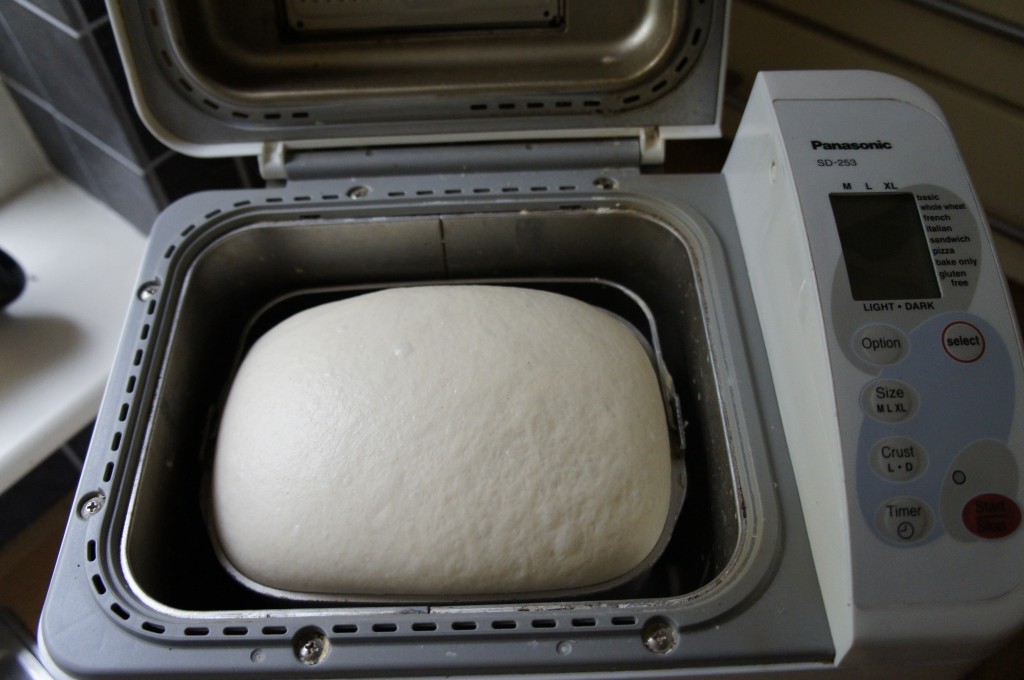 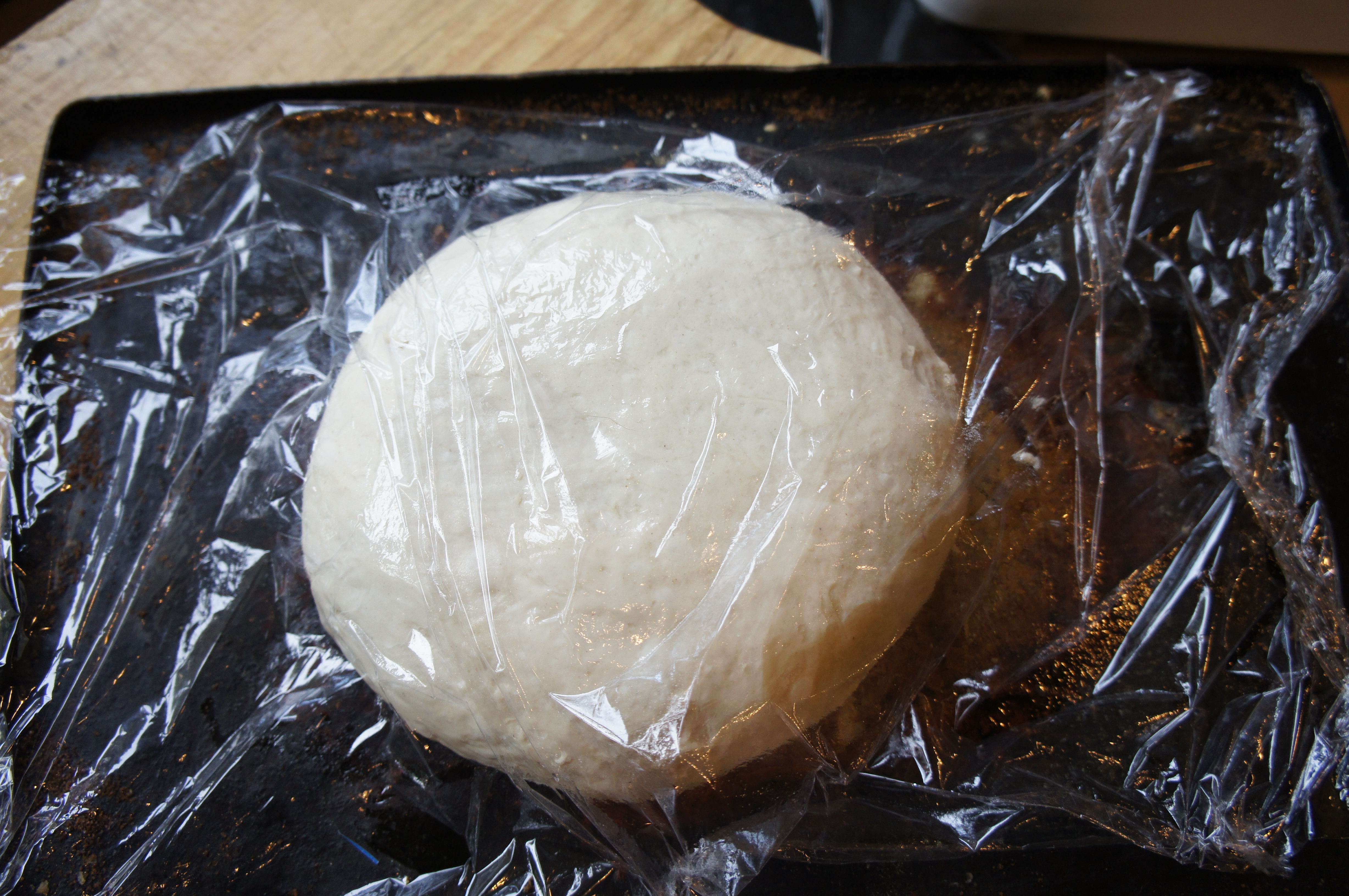 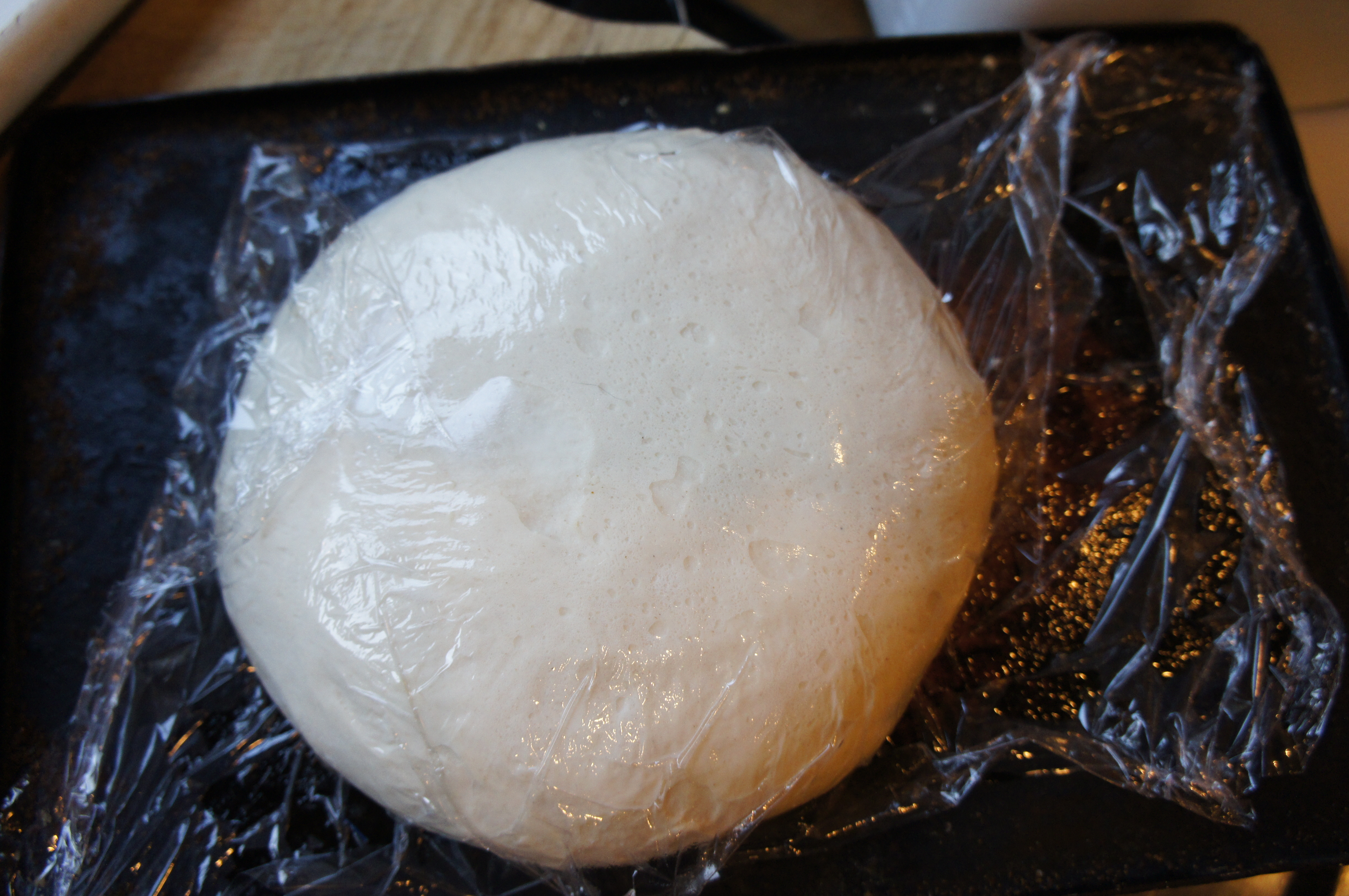 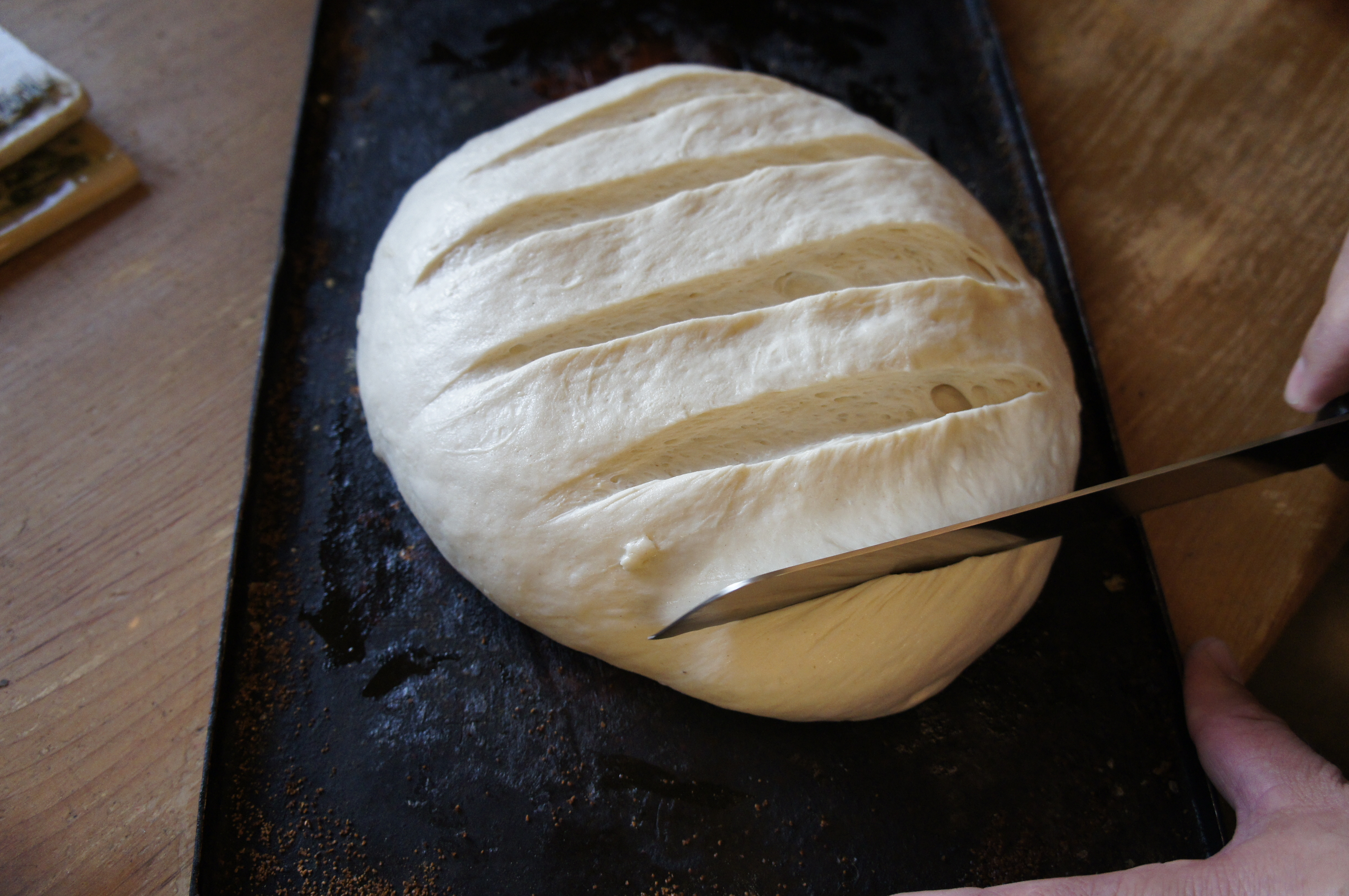 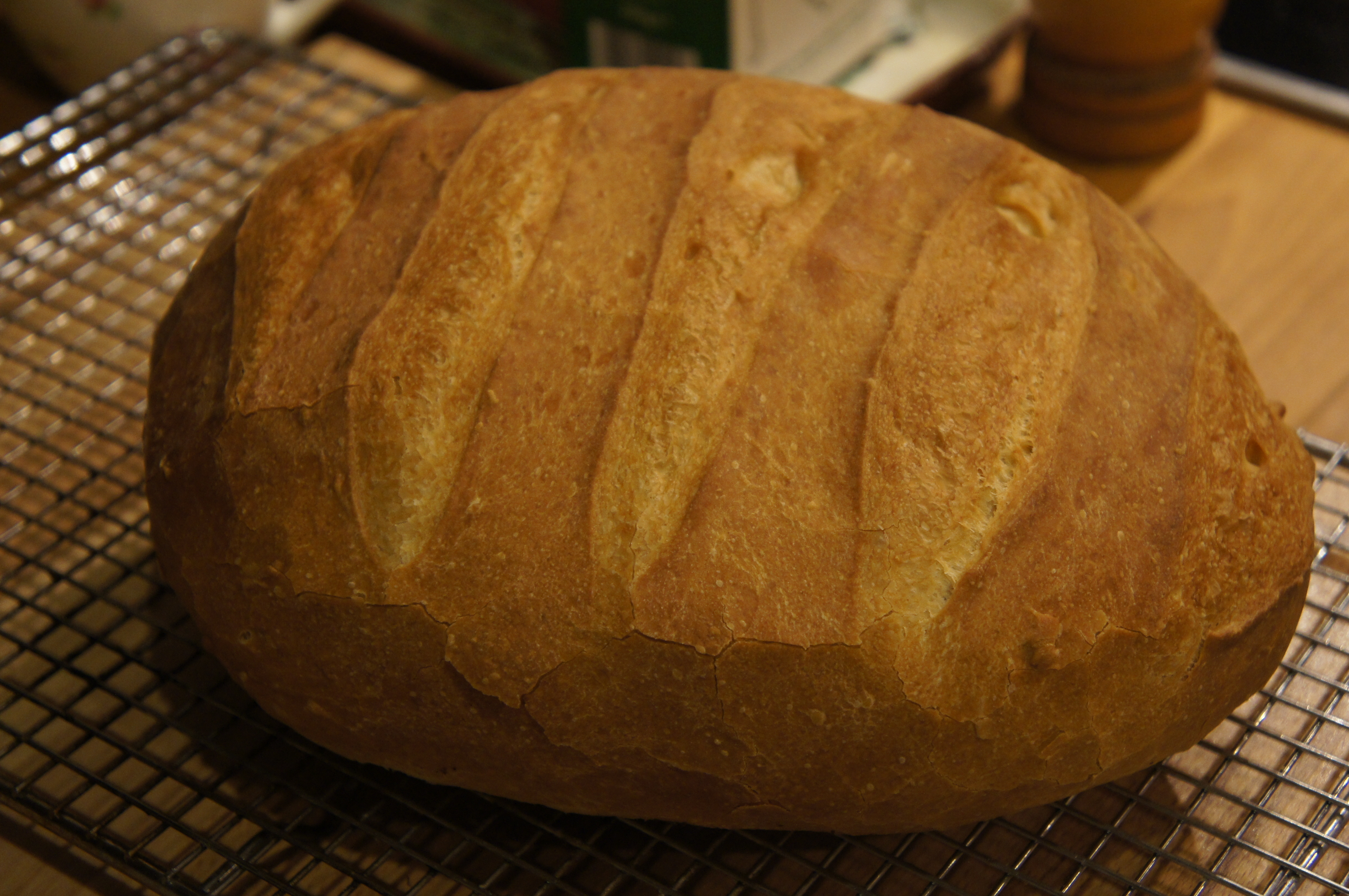 MY KITCHEN IN SPAIN by Janet Mendel »